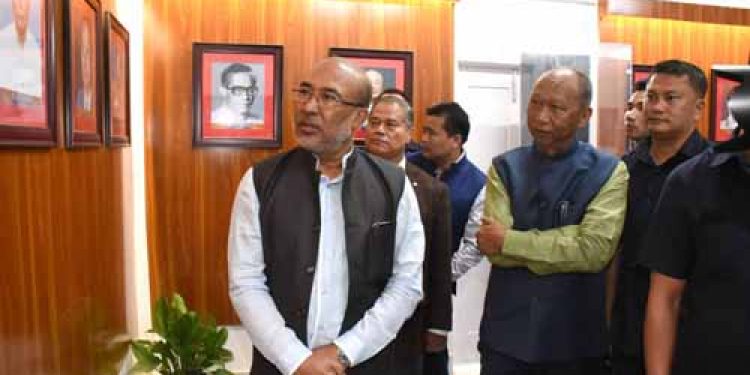 A short film on Manipur Legislative Assembly was also released at the same venue.

Addressing the gathering, Chief Minister N Biren said that history can never be distorted and manipulated, adding that some people are trying to deconstruct and manipulate histories to gain the popularity of their identities.

Building of such museum won’t let them manipulate the historical facts. Quoting Maharajah Bodhachandra, he said that from the written records, there were no hill-valley division in the pre-British period and all the communities were living as one in harmony.

The Britishers divided the hill and valley on the pretext of better and convenient administration, he added. He maintained that we need to understand the records which would help in nation building and regaining oneness among the communities living in the State.

Highlighting the importance of such Museum, he said the people can now learn and gain knowledge about the history of administration in Manipur. Such a museum would strengthen the unity and integrity of the State and also help in diminishing the differences among the communities of the State. He also appreciated the Speaker and the staffs of the Manipur Legislative Assembly for their sincere efforts in building and maintaining such a priceless museum.