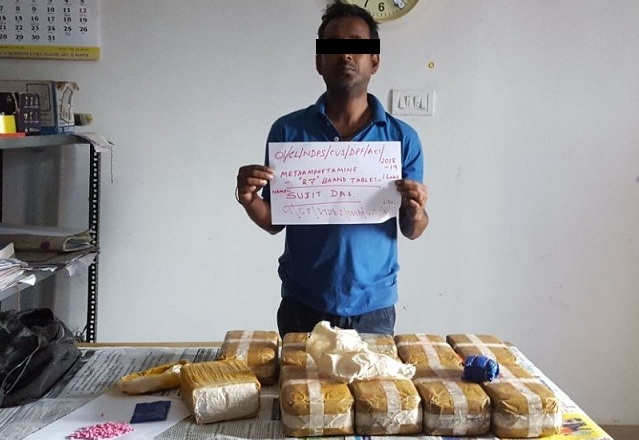 An international drug smuggler was arrested on Friday with amphetamine tablets valued at Rs 2 crore in the local market, a Customs official said.

R.K. Dorendrajit, Assistant Commissioner of the Customs Division, said the accused was identified as Sujit Das, a resident of Manipur.

An anti-narcotics team of the Customs Division acted on intelligence inputs that the drugs would be brought from Moreh, a town bordering Myanmar.

“We put multiple traps for the smuggler in all suspected areas in and around Imphal. Our people did not sleep since the vigil was on for five days and nights,” he said. The smuggler walked into one trap with one lakh tablets.

Dorendrajit said: “We have done preliminary testing and there is a high percentage of narcotics in the tablets.

“The smuggler will be handed over to police along with the seized drugs. For some time, the Customs Division has been seizing drugs, gold bars and other items which are smuggled from Myanmar.”