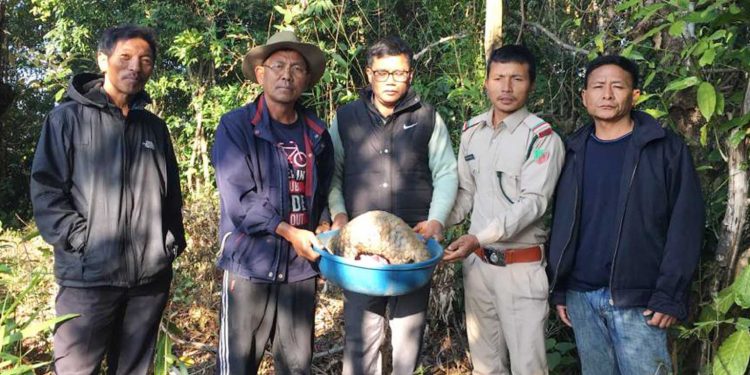 The Chinese pangolin before being released. Image: Northeast Now

A Chinese Pangolin, which was rescued from Old Tamenglong village in Manipur’s Tameglong district, was released in a forest on Friday.

The animal was monitored for three days and nights.

Reports said the pangolin was brought to forest inspection bungalow for temporary shelter and proper medication and observation was done under the guidance of Vikram- a veterinary officer from Keibul.

Consultation and inputs were taken from Pangolin expert Rajesh Kumar Mohapatra as well.

Injuries were checked, dressing and cleaning of the wound were done by Daniel Macwan and Gailina of Tamenglong Animals Home.