11 soap cases containing 142.67 grams of heroin worth Rs 57 lakh recovered from the possession of a woman 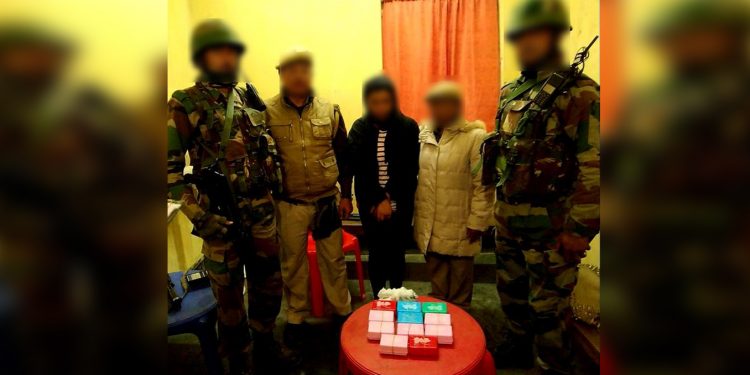 The Assam Rifles in a joint operation with Kakching Police seized drugs worth Rs 57 lakh at Pallel in Kakching district of Manipur recently.

The operation was carried out by the Assam Rifles personnel under the Headquarters of the Inspector General of Assam Rifles (South).

“Based on specific information, troops of Assam Rifles and Kakching Police established a mobile vehicle check post along the National Highway-102 from Pallel to Kakching and intercepted an auto-rickshaw in which a woman passenger was travelling with a handbag,” said the PRO of Assam Rifles (South).

“During the checking, 11 soap cases containing 142.67 grams of heroin worth Rs 57 lakh were recovered,” the PRO added.

The operation was a part of the ongoing Nasha Bandi campaign in Chandel.

It has been claimed that the woman was involved in the smuggling of drugs in the Chandel.

The apprehended individual along with the seized drugs have been handed over to Kakching police station for further investigation, it added.