As a part of the agitation, a protest march was taken from Keishampat to Raj Bhavan in Imphal

The protest under the banner of All Manipur Students’ Union of Manipur (AMSU)  was organised as part of agitation against CAB initiated by North East Students’ Organisation (NESO).

NESO is an umbrella organisation of eight powerful students’ bodies of Northeastern states.

As a part of the agitation, a protest march was taken from Keishampat to Raj Bhavan in Imphal.

The traffic along Keishampat-Wahengbam Leikai route was affected for few hours due to the protest march. 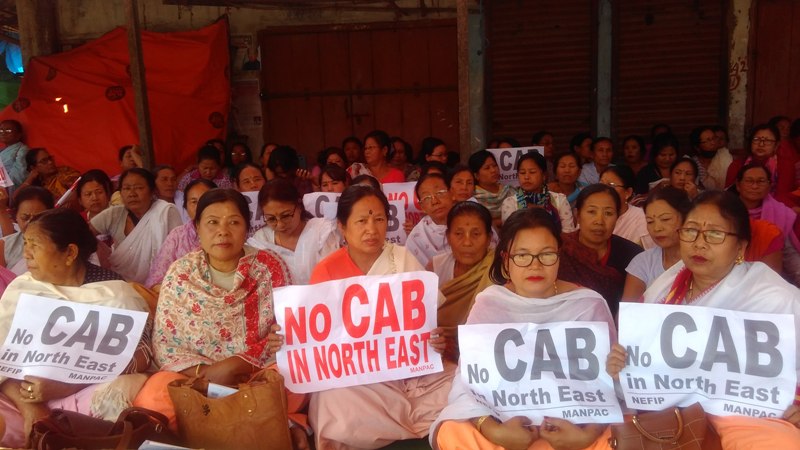 The women vendors of Imphal also staged sit in demonstration against the tabling of the controversial Citizenship (Amendment) Bill in the winter session of the parliament.

The sit in demonstration was participated by a large number of women vendors.

The main market areas in Imphal remained closed during the demonstration.

With the report of listing CAB in the business list of the winter parliament session, MANPAC also announced to call 18 hours shutdown in Manipur as part of its agitation against the controversial Bill.