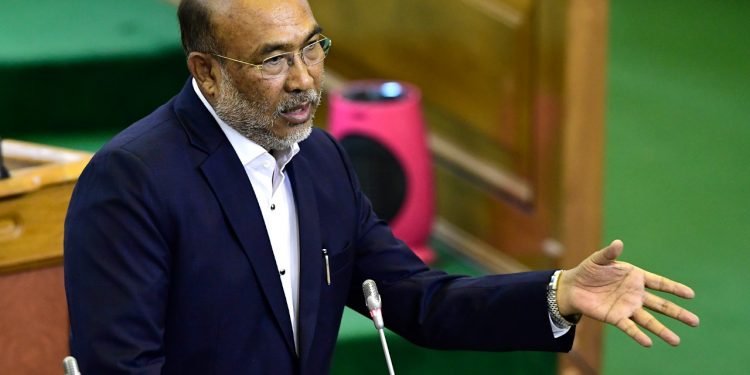 Manipur chief minister N Biren Singh stated that total number of registration under the start-up scheme in the State since its inception is 5682.

N Biren was tabling the year-wise detailed report of the fund sanctioned, allotted and utilized for the start-up scheme responding to a question by opposition MLA O Surjakumar Okram on the second day of the ongoing Assembly session on Tuesday.

It may be mentioned that the start-up scheme was launched in the state in March 2018 to enable the youths/unemployed persons in the State to take up new ventures with new and creative ideas.

Replying to another question, chief minister Biren who also holds Finance portfolio, stated that the total amount recommended by the 14th Finance Commission as post-devolution revenue deficit grant for the award period 2015 – 2020 for the state is Rs 10,227 crore, out of which 10066 crore was already transferred by Government of India.

He added that the remaining Rs 161 crore is expected to be transferred by March 2020.

He further informed for the 15th Finance Commission, the State has proposed a total Pre-devolution revenue deficit of Rs 83, 205 crore.

Later during the general discussion on Budget Estimates, the chief minister also informed that the government has created a corpus fund to be utilized by all departments for state matching share of centrally sponsored Schemes on priority basis.

The Leader of the House also introduced the Manipur Appropriation (No 1) Bill, 2020.

Earlier the discussion on the Motion of Thanks on the Governor’s address was moved by ruling MLA P Saratchandra Singh and seconded by his colleague MLA Awangbow Newmai.