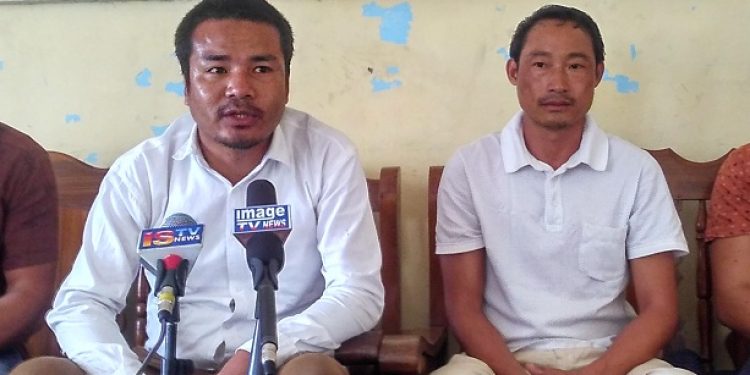 The Rongmei Students’ Organization Manipur (RSOM) has demanded fresh recruitment of both teaching and non-teaching staffs of Eklavaya Residential Model School (EMRS) particularly in the Tamenglong district by advertising the notice in all major local newspapers.

The demand of the RSOM was conveyed by its general secretary Jeanthui Panmei of RSOM during a press conference at the Manipur Press Club in Imphal on Monday.

The students’ body also demanded immediate cancellation of the recruitment process of 210 teaching and non-teaching staffs of EMRS located at Moreh, Saparmeina and Tamenglong.

RSOM secretary Panmei also alleged that the recruitment notification of the said 210 posts including both teaching and non-teaching staffs has not been published in any state daily local newspaper or print media.

Similarly the holding of the recruitment process during election time is also a violation of election model code of conduct as Election Commission of India, he alleged.

Condemning the alleged ‘misconduct and practice’ in education sector, the student leader also appealed to the concerned authorities of the State Government to check the recruitment process.

Alleging that concerned authority of the EMRS in the above areas conducted the recruitment process “on their behest and favour,” the leaders of the student body who were present at the press conference threatened to launch various forms of democratic agitations in collaboration with like-minded students bodies of the state if the concerned authorities in the state fails to address the matter within a month’s time.

EMRS for Scheduled Tribe students are set up in States and Union territories, according to official sources. The establishing of EMRSs are based on demand of the concerned states and union territories with availability of land as an essential attribute.