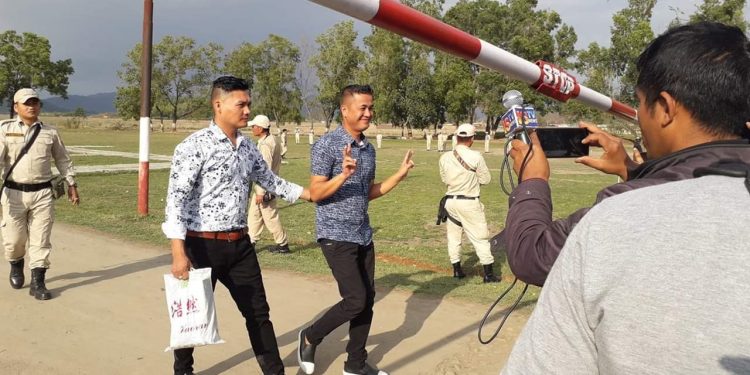 Manipur journalist Kishorechandra Wangkhem walked out of prison on Wednesday after cooling his heels behind bars for 134 days.

The scribe was sent behind bars on November 27, 2018, for calling Manipur chief minister (CM) N Biren Singh a “puppet of the Hindutva government in New Delhi” (read Modi government) on social media.

Reports stated that Wangkhem was a “free bird” on Wednesday following the Imphal High Court revoking the charges against him under the stringent National Security Act (NSA) two days back.

Wangkhem was arrested under Sections 294 and 500 of the IPC in addition to Section 124 A, which deals with sedition.

However, on being produced before a local court on November 25 last year, it released him on bail on the grounds that his words were “a mere expression of opinion against the public conduct of a public figure in a street language.”

He was rearrested and detained under the NSA, which approved a 12-months jail sentence. He was lodged in Sajiwa jail on the outskirts of Imphal.

The “outspoken” journalist was arrested on November 27, 2018, under the draconian NSA for calling the Manipur CM a “puppet” for celebrating the birth anniversary of Rani Laxmibai of Jhansi and allegedly neglecting the freedom fighters of the state.