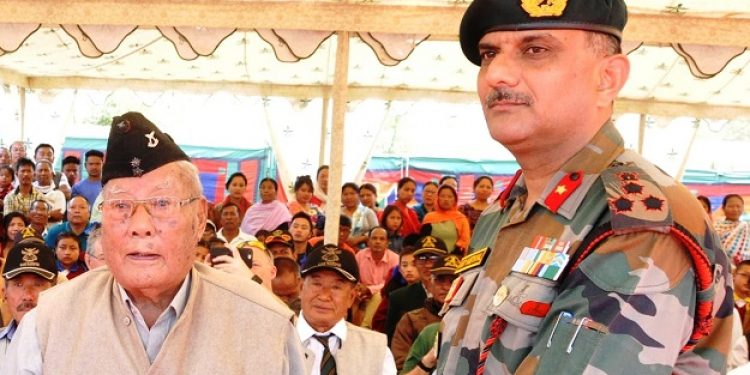 The aim of the event was to re-live the memories of yester years, pay homage to the martyrs and to make the younger generation aware about the sacrifices of our brave soldiers and contribution of the Manipuri people in saving the `Imphal Valley’,said Assam Rifles(South) PRO in a press release.

The Battle of Imphal is referred to as one of the bloodiest battles of World War-II. Battle of Imphal was the decisive battle which blunted the Japanese offensive into India during World War-II. The battle in which more than three divisions were applied by the Japanese to capture Imphal valley was fought at various locations spread all over Manipur from March 8 to July 3, 1944.

The main battle took place around the town of Imphal with the Japanese aiming to capture the British logistics base at Imphal and use the numerous airfields spread over the Imphal valley to further their offensive to the plains of Assam.

The Battle was the turning point of the Burma campaign. Battles of Kohima and Imphal were voted by the British National Army Museum to be Britain’s Greatest Battles Victoria Cross, the highest British decoration for bravery, were awarded to five people for their actions in Manipur during the Battle of Imphal.

The commemoration of Battle of Kameng commenced with Wreath Laying by Commander 9 Sector Assam Rifles Brig Amit Kabthiyal at the newly erected Memorial Stone at the Kameng Hill to mark the supreme sacrifice and valour of the martyrs.

Wreaths were also laid by ex-servicemen and other dignitaries. As part of the event, the students from the area performed dance and patriotic song in remembrance of the martyrs.

World War-II veteran Sub Ningam Tangkhul (retired) and other ex-servicemen were honoured and felicitated by Brig Amit Kabthiyal who was the chief guest of the event.

The event witnessed an overwhelming participation by many people including representatives from Manipur Tourism Department, World War -II Foundation Campaign, various other dignitaries from local areas, school children and ex-servicemen.

The event also included a talk on the Battle of Kameng by Arambam Angamba Singh, co-founder of Second World War Imphal Campaign Foundation. The rare and antique artifacts of the World War-II era were on display for the attendees to see.

The display gallery at the venue highlighted the Battle of Kameng by various audio visual scenes, photographs, battle arrays, layout of the defences etc during the war at Kameng Hill. The school children also performed a cultural programme.

As part of organizing the events to commemorate 75th anniversary of World War-II, similar events will be organized at Koirengei on April 7 and at Imphal War Cemetery and Nungshigum on April 13.