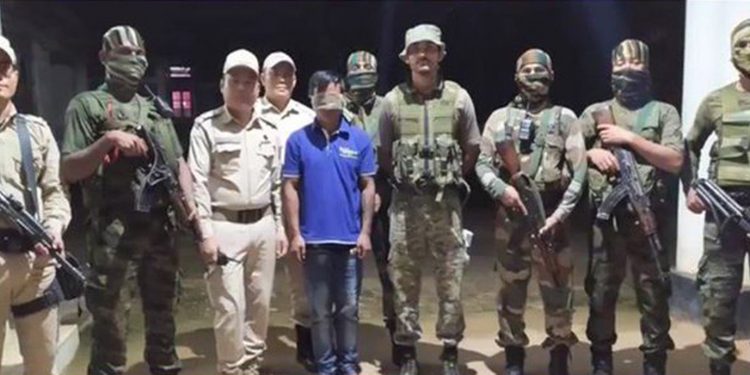 A Kangleipak Communist Party-Noyon (KCP-N) cadre has been apprehended following a joint operation launched by Assam Rifles personnel and the chief district officer (CDO) of Moreh in Manipur.

He was arrested on Tuesday from a place under the Moreh Police Station.

The nabbed cadre has been identified as Naorem Amarjit, a ‘self-styled second lieutenant’ of KCP (N), say reports.

KCP, an outlawed political party in Manipur formed in 1980, has been continuing their armed struggle with an aim to achieve sovereignty for Manipur.

The party has, however, been divided in various factions.

As per media reports, on a tip-off, the joint team carried out an operation in an area under the Moreh Police Station and was able to apprehend KCP (N) cadre Naorem Amarjit.

He was handed over to the Moreh police.

A case has been registered against the arrested KCP(N) cadre and investigation is on for gathering more details.

Naorem reportedly joined the outfit in the month of February in the year 2014.

He has been working undr the command of ‘self-styled’ lieutenant Langamba of the Noyon faction of Kangleipak Communist Party.

Kangleipak is the ancient name of Manipur.