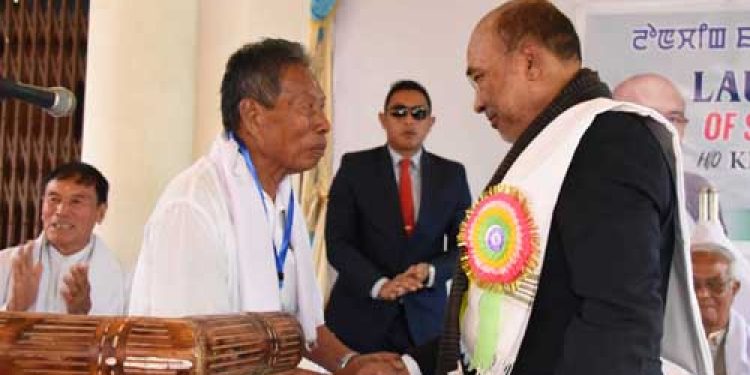 Manipur State Government would try to bring out a legislation to penalize those who do not bother to look after and give care to their elderly parents.

Speaking at the function, Biren Singh said that Manipur is a State which has a tradition of giving high respect to senior citizens.

He also observed that every person ought to put aside at least a little part of their total earning as maintenance amount of their elderly parents.

On the people’s apprehension of bringing an ordinance by the Central Government on the backdrop of not tabling Citizenship (Amendment) Bill in the Rajya Sabha, he urged the public not to worry stating that Centre would never take any decision concerning the North East region or Manipur without consulting or taking consent from these States.

Appealing to the people to always think twice and restrain themselves as far as possible from selling their valued ancestral lands, he promised that the State Government has taken up steps to effectively enforce the Manipur Conservation of Paddy Land and Wetland Act, 2014 to conserve diminishing paddy fields and wetlands.

It may be worth mentioning that Manipur is home to around 28 wetlands including four man made reservoir covering 1.90 percent of the state’s total geographical area covering 22,327 sq km.

He also informed that construction of public parks having outdoor gym in 17 wards of Imphal Municipal Corporation had already begun. He also said that outdoor gyms would be installed in two places each of all the Assembly Constituencies of the State.