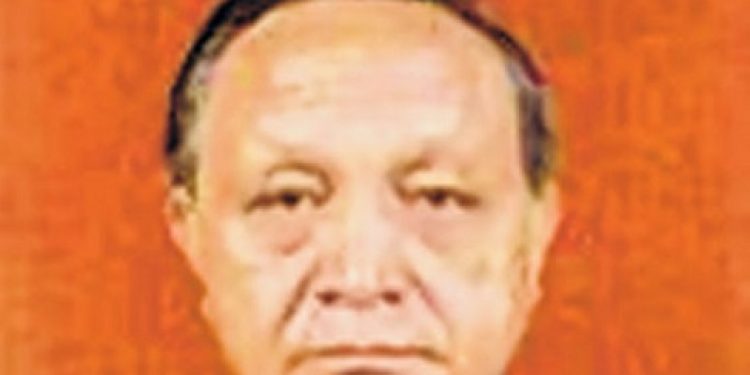 He breathed his last following a prolonged illness at his Imphal residence located near Sanjenthong bridge on Monday evening, reports said. He is 80 years old at the time of his demise.

Haokip was first elected as a member of the Manipur Legislative Assembly in 1972. He was a member of Consultative Committee, Ministry of Home Affairs, Government of India from 2000–2004.

The son of Indian National Army freedom Ffghter Chunglet Haokip, Holkhomang worked tirelessly for the uplift of his people when he was the president of Kuki Inpi, the apex organization of Kukis in Manipur, since 1995.

He was the headmaster of Gandhi Memorial High School at Molnom, in Churachandpur between 1963 and 1972.

Holkhomang was also the president of Kut Festival, a major festival of the Kuki community, for eight years. He was minister in various Manipur governments (1972 to 1995) and a member of Parliament during the 13th Lok Sabha (1999).