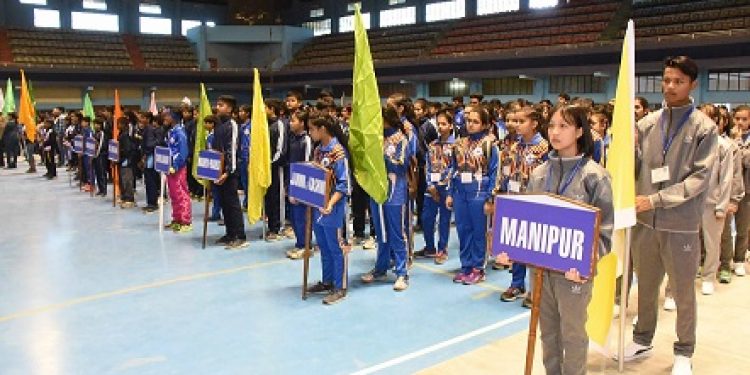 Manipur emerged overall champion in the 64th National School Games in fencing for Under-14 and 17 years (boys and girls) which concluded at the Khuman Lampak Indoor Stadium here on Saturday.

Director Armstrong Pame of Youth Affairs and Sports, Government of Manipur along with State officials and representatives of the fencing federation of the country attended the closing function of the 5-day competition this afternoon.

Under the School Games Federation of India (SGFI), there are over 40 sports disciplines among which 28 disciplines are recognised by the International Olympic Committee and the SGFI cannot conduct the competition in all disciplines in a single State.

Thus every year, School Games Championships are held in different disciplines in different parts of the country. The next venue of the competition will be decided by the national federation in their upcoming meeting in 2019 summer, State sports officials said.