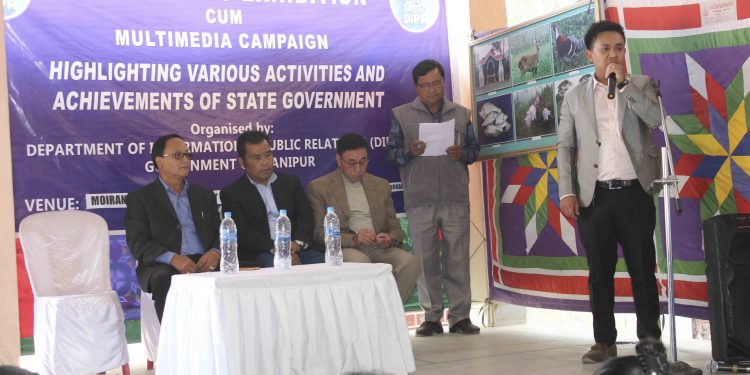 The exhibition is being organized by Directorate of Information & Public Relations (DIPR), Manipur with an aim to highlight various activities and achievements of the State Government.

Speaking on the occasion, Sapam Deben stated that the exhibition will be held in different districts of the State and let the general public aware about the different developments taking place in the State.

In his speech Laishram Roshan stated that DIPR is taking the responsibility in bridging the gap between the government and the public. The Department is highlighting various activities and achievements of the government through photo exhibitions, multimedia campaign, display hoardings and different publications from time to time.

DIPR Manipur has been organizing various photo exhibitions at various parts of the State to showcase the development programmes of the government through photo medium.