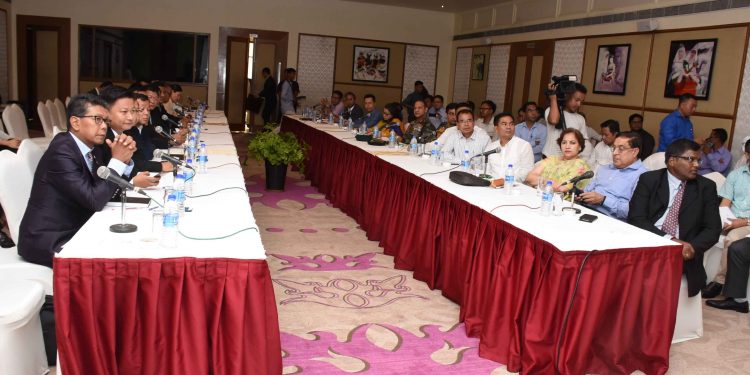 The India-Myanmar conference on ‘Connecting India’s Northeast with northwest region of Myanmar: Roadmap for all-round Prosperity’ began in Manipur capital Imphal on Tuesday.

Speaking on the occasion, Manipur chief ninster N Biren said that India’s Act East Policy is a reflection to deepen ties with the ASEAN region, and more importantly with Myanmar. There has been a renewed effort to ensure the early completion of the India-Myanmar-Thailand Trilateral Highway and to extend the same to Cambodia, Laos and Vietnam, he said.

Highlighting that the Trans Asian Railway Link has immense potential to uplift the socio-economic condition of the people, Biren said a study has been done on possibility of rail connectivity with Myanmar.He said formalities for starting the Mandalay-Imphal Bus service are at its final stages stressing that feasibility survey was made to extend the rail line from Imphal up to Moreh.

In his speech, chief minister Dr Aung Moe Nyo of Magway Region, Myanmar emphasized that Manipur has huge potential in the areas like of medical tourism. Narrating the good relationship and friendly ties between India and Myanmar, he also stressed on the importance of strengthening the relationship between the countries in future.

Myanmar delegation will visit Loktak Lake in Bishnupur district on Wednesday before they leave for Indo-Myanmar border on June 13.