Manipur Govt's objective is to serve the poor, provide employment to unemployed youths and sustainable livelihood to various people 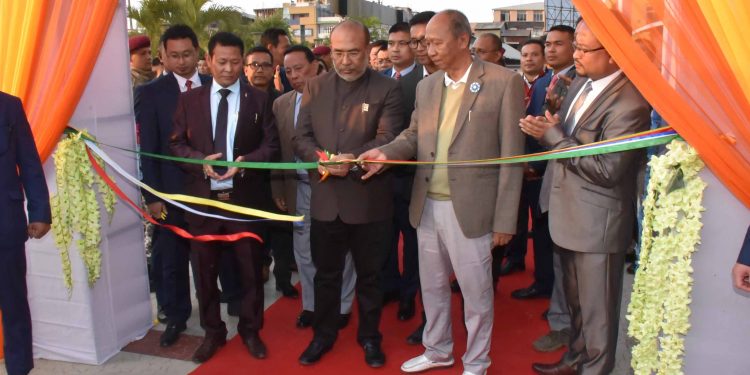 Manipur Chief Minister N Biren Singh said that the primary objective of the Government is to serve the poor, to provide employment to unemployed youths and sustainable livelihood for various people.

He mentioned that people of the State are filled with enormous talent and no space and avenue were provided to them by the previous Governments.

The present Government has provided enough space for the people to showcase their talents to the outside world. The government has initiated Manipur Start-up Policy to encourage the entrepreneurs and talented people for self-employment and sustainable livelihood.

Around 4000 entrepreneurs have applied in the second phase of the Start-up Policy,he added. With the present momentum of the government, Manipur will transform in coming 4-5 years.

Unlike previous Governments, this Government has received a sum of around Rs. 1 crore as monetary assistance for the Manipur Sangai Festival 2018 from various sectors of the State.

Stating about the installation of the traffic light system in the Imphal area recently, he said that no vehicle is seen parking on the zebra crossing in the roads after such new system.

He mentioned that with the aim to provide safe drinking water to every household by 2022, the Centre has recommended to sanction Rs 2600 crores so that the objective can be achieved on time. He also stated that the Centre has agreed to increase the Open Market Borrowing by Rs 100 crores.

In his Presidential address, Speaker of Manipur Assembly Y Khemchand said that in such a short period, the government has able to minimize the gap between the hills and valley people of the State.