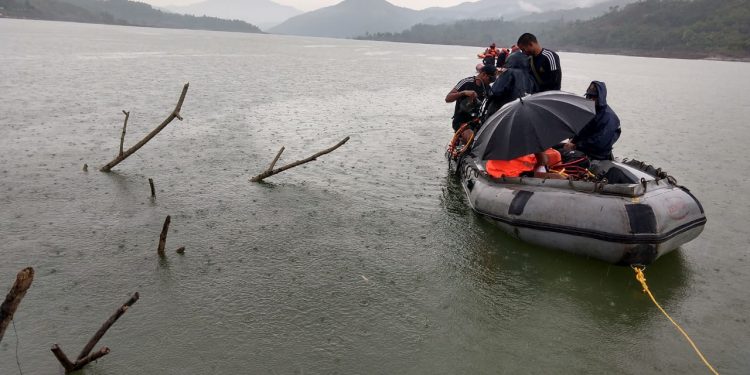 Naval diving team was airlifted from Visakhapatnam by an IAF aircraft to Imphal .

A team of 12 Naval divers and two hydrographers (survey sailors) have joined the search operation to locate the missing picnickers in Imphal river.

Sources said the Naval diving team was airlifted from Visakhapatnam by an IAF aircraft to Imphal on Tuesday evening.

The official said the team has joined the ongoing search operation along with NDRF team and civil authorities in locating three missing persons.

Three picnickers—S Rajib (35), S Romen (29) and N Rani (19)– from Ningthoukhong Kha-Khunou village in Bishnupur district, were drowned when their boat capsized in a storm in the reservoir of Mapithel dam in Kamjong district of Manipur on Sunday afternoon.

There were 12 picnickers in two boats when the storm raged across the state around 4 pm on Sunday. Both the boats capsized. Boatmen rescued nine others but these three picnickers could not be traced.