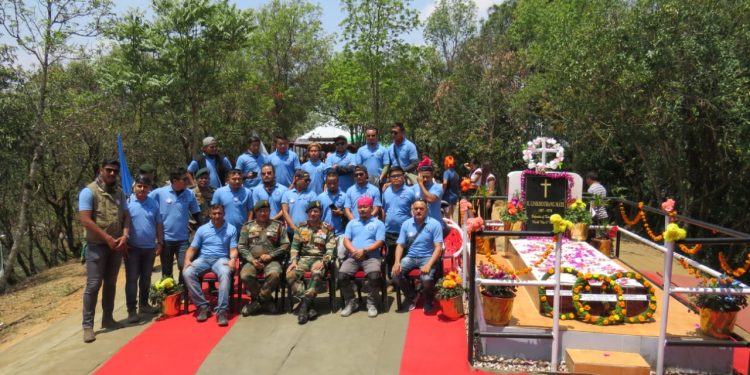 As part of the ongoing celebrations of the platinum jubilee of the Battle of Imphal, 26 Sector Assam Rifles, under the aegis of IGAR (South) organized an event at the Tengnoupal War Cemetery to commemorate the Battle of Tengnoupal on Saturday.

The event was attended by the village chiefs, veterans, religious leaders and special guest Rahul Thapa, son of retired Rifleman Sarkidhan Thapa who fought as part of 4 Assam Rifles during the World War II. Wreath laying and homage was paid at the War Cemetery with a guard of honour and prayers were offered to the fallen heroes of World War II which was followed by the flagging in of the forty bikers from Royal Chandel Riders including Assam Rifles troops.

The historic significance of the Battle of Tengnoupal which once witnessed the fierce fighting between the Japanese and the British Army was emphasised upon by the officers of Tengnoupal Battalion.

A cultural dance programme was hosted by the members of Tengnoupal Youth club and by the Kampang Khullen War Dance Troupe to add colour to this glorious event which was concluded with refreshments and tea for all the attendees.