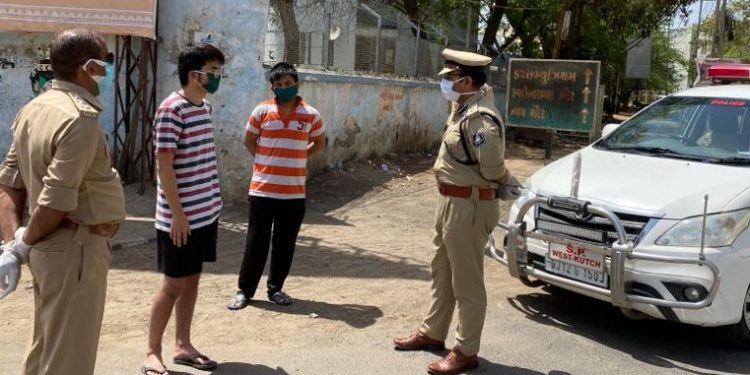 The Northeastern students, who are studying in metropolitan cities in different parts of the country, are facing several challenges amid the lockdown in the wake of the Covid-19 outbreak. Neither the politicians nor the students’ unions place their agony before the government. Though the government had earlier asked hostellers and other students to vacate, many students had left for their homes, but a vast majority could not due to the travel restrictions and sudden cancellation of tickets. While a vast majority complained about food shortage, lack money to survive, loss of part-time jobs and even few are suffering from loneliness due to being alone in the apartments and rooms. The students’ community is struggling in multiple ways and they seek urgent need of economic, travel and emotional support from the state governments. “We are really worried about our health and not sure whom to approach in terms of our needs. We are trying to be strong and hope soon we can join our families,” opined an undergraduate student from Bengaluru.

Price hike is another issue that makes these students manage their homes with the minimal pocket money. “However, this lockdown is taking a toll on me. It has become painstaking for me to get groceries. Despite government assurances, the vendors charge as high as 30% on their items and if you’re not a local, triggering rates are charged on you. Their argument is that there are limited stocks in the market. I am clueless about my survival after noticing the soaring prices of essential commodities,” added another student. Though there are few North Eastern Associations who claim support, the students say they neither respond to their calls and if support is requested, they don’t respond on time. Another student, who is left alone in an apartment (wished not to be named), said, “I have spoken to the general secretary of a Northeast association whose number was given in the helpline, a week ago. It was when my gas cylinder ran over I had no clue where to refill it. I explained to him about the same and that I would pay the full amount for the refilled cylinder if they could get me one. He said he will look into it and never responded back.”

There are also few female students who are left alone in the city, who are afraid to approach unknown NGOs. When they tried contacting the Northeastern Association helpline numbers, the disappointment continues, another student Sristy Chhetri stated, “Though there are circulars from the government stating many schemes and facilities to help the Northeastern students, but there is no action on those plans. When tried contacting the Northeastern Association helpline numbers, there was no response.”

Forfeiture of opportunities creates a massive tension among the student fraternity and there are also students who are stuck in the mid-way between their hometown and place of dwelling. “I am studying Civil Engineering from New Horizon College, Bengaluru, Karnataka. I emerge from Guwahati which is a major riverine city in the state of Assam. I travelled to Kolkata in West Bengal in the end of March to obtain my study permit visa to Canada. I was supposed to travel this month April 2020 as my college in Canada starts next month. I have managed to self-quarantine myself at a friend’s place. And, I am abiding by the orders, the entirety of this devastating lockdown announced by the Honorable Prime Minister of India. There is this pool inside me which is making me think relentlessly about my future. I am also longing to go home, and my survival has just become excruciating since I am stuck in mid-way,” opined Mohammed Kamrul Hassan from Assam.

Few, who landed safely in their hometown, also suffer from multiple anxieties like price rise on tickets to return to their education institutions, probabilities of state governments keeping them again in quarantine, about their career and graduation too. There are also those who lost internship opportunities which are part of the curriculum.  “The biggest fear I have is, I still don’t know when I’m going to graduate and plan for the future. Moreover, the internship I was looking forward to in the month of May at a prominent national media house has now declined from their side due to these unfortunate times,” opined Nilutpal Timsina, an outstation student, who is presently residing in Northeast.

Though there are a handful of education institutions and universities that support them with basic food and counseling facilities that might serve the needs of all. The students await state government support in this turmoil.

(The author is an Indian social scientist, columnist and educationist. She can be reached at [email protected])