Lapang will be mentor and guide in NPP: Meghalaya Dy CM 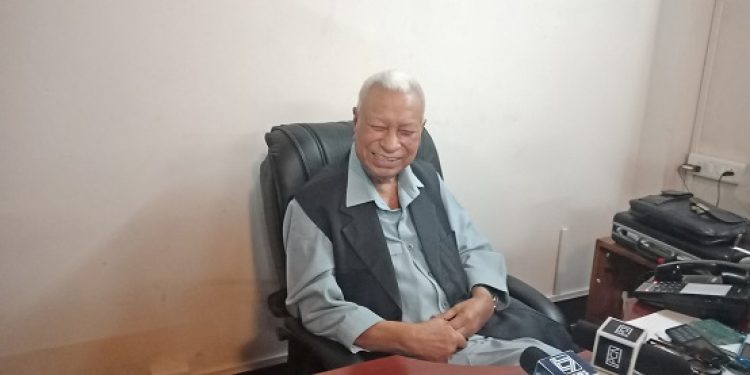 Meghalaya Deputy Chief Minister and National People’s Party (NPP) leader Prestone Tynsong on Tuesday said that former Congress leader D D Lapang who is at present the Chief Adviser to the Meghalaya Democratic Alliance (MDA) government will play the role as mentor and guide in the NPP.

Lapang had broken his silence on Monday where he announced that he would go by his supporters’ wish that he should join NPP.

Lapang said that he would soon join the NPP.

Lapang, an octogenarian had resigned from the Congress on September 13, accusing AICC president Rahul Gandhi of adopting a policy of phasing out the senior and elderly people.

In the past two months Lapang did not indicate with which political party he wished to associate with.

When asked on Tuesday about the role of Lapang in the NPP, Tynsong said, “He (Lapang) will be our mentor and he will guide us as well.”

Tynsong said that with Lapang joining, it would naturally give a boost to the NPP. “At the stature of Lapang who is the senior most leader of the state and who still active in politics, it will be a big boost to the party.”

To a question that Lapang could be an NPP candidate in the upcoming Lok Sabha elections from Shillong constituency, Tynsong said that he has seen Lapang’s statement in the media that he would not contest elections.

Tynsong however said that he has only seen in newspapers that Lapang would join the NPP, but officially the party has not received anything.

Tynsong had also called on Lapang who attended office in the Secretariat on Monday.