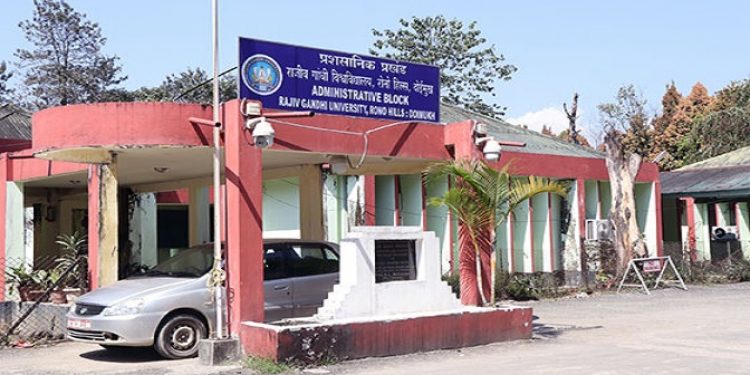 After a long wait of nine months, the Rajiv Gandhi University (RGU) in Arunachal Pradesh on Thursday finally got a full-time vice-chancellor with the appointment of Professor Saket Kushwaha of Banaras Hindu University as its new VC.

The President of India, in his capacity as the Visitor of RGU, Arunachal Pradesh has been pleased to appoint Professor Saket Kushwaha of Banaras Hindu University, Varanasi as the VC of RGU for a period of five years or till he attains the age of 65 years, whichever is earlier, with immediate effect, an MHRD statement issued earlier on Monday said.

The VC’s chair had been vacant for the past nine months, following former vice-chancellor Professor Tamo Mibang’s retirement.

In a brief interaction session, the new VC assured that the next five years will be fruitful in all possible ways.

“No teacher or student will suffer during my tenure,” he said.

“Things are not always complicated, students and teachers are not opposites; they are complementary to each other with equal roles to play for the growth of the University. Teachers’ salary, funds from MHRD, Student welfare schemes and any other matters related to the university shall be made visible on the university’s website,” Professor Kushwaha said.

Speaking to the students union representatives, he said that an e-mail ID will be dedicated for them to redress their grievances, which he will personally supervise so that no students undergo any depriving situation during his time.

“Justice will be delivered in any case. I will never jump over your genuine points if you are able to address it to me with positive justifications,” Kushwaha told the students.

Meanwhile, the RGUSU which has been spearheading the movement, demanding for a regular VC has warmly welcomed Professor Kushwaha.

“With his arrival comes a ray of hope for all of us. The university remained without a permanent VC for 9 months with students being the ultimate sufferers. We have huge expectation from the new VC and we will be extending full cooperation so that the campus flourishes,” the union said.