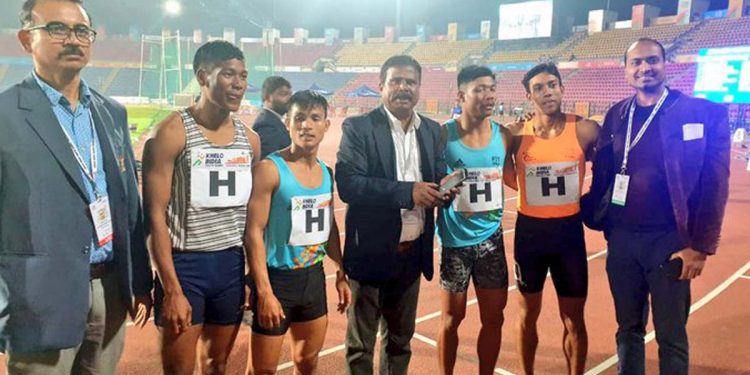 Assam boys’ team won gold in 4 x 100 metre relay in the under-21 category of 3rd Khelo India Youth Games 2020 in Guwahati on Monday.

On Monday, Haryana came on the top slot of the medal tally of the 3rd Khelo India Youth Games by winning 17 gold and 17 silver medals.

Haryana won all the 4 gold medals in boys and girls Kabaddi.

Maharashtra came down to the second position in the medal tally with 16 gold and 20 silver medals.

In girls’ U-17 years’ category in 800 metre, Kerala’s Stephy Sara won gold for the state.

In boys U-17 in the 800-metre hurdle, Pradeep Senthil from Tamil Nadu won gold.

Monday was the day for athletics in Khelo India as a total of 19 medals were in stake in multiple disciplines.

On Monday, Assam girls defeated Punjab 9-0 in their first match in the U-21 girls’ football event at the ongoing 3rd Khelo India Youth Games 2020 in Guwahati.