Increase of production cost of tea, a rising concern in NE 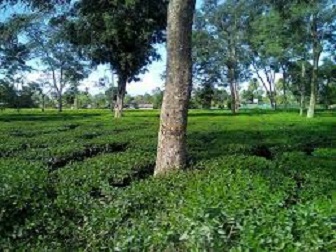 The Indian Tea Association’s (ITA) Surma Valley branch has expressed concern over the increase of production cost of tea up to 40 per cent.

It is not commensurate with the rate of tea in market, in the past four years.

The issue was discussed in the branch’s 118th annual general meeting held in Silchar recently, reports The Telegraph.

Addressing the meeting, ITA vice-chairman and Jayashree Tea and Industry Limited’s managing director D.P. Maheswari said the government has increased labourers’ wages but stopped the supply of essential food items to the gardens under subsidy. This has increased the cost of production.

The price of tea in the market has not increased remarkably which is a matter of great concern for the growers.

Maheswari said the demands of increasing the export incentive from 5 per cent to 11 per cent on tea has also been voiced by the producers.

The amount of consumption of tea per family should be increased up to minimum 1kg and then only the growers would be able extend the business in larger scale, he added.

The tea gardens are purchasing coal from outside the Northeast in higher rate as the National Green Tribunal has banned coal trade in Meghalaya.

The government also increased the interim relief of labourers by Rs 30 with effect from March 1, 2018.

On Sunday morning, the plantation area of Jellalnagar tea estate in Karimganj district was severally damaged in a hailstorm. The hailstorm has affected green leaf harvesting at the beginning of the season. The plucking of tea leaf was scheduled to start on Monday as directed by the tea board.