Rahul assured us that they will not allow anybody to crush the language, culture and identity of the indigenous people of Northeast: Samujjal Bhattacharya 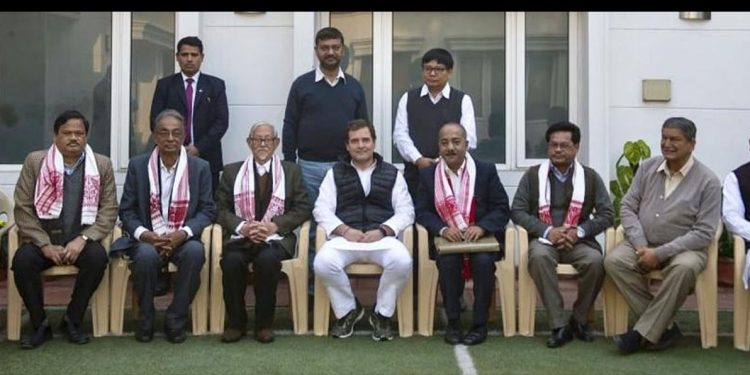 Congress president Rahul Gandhi on Monday reiterated his stand in front of three separate delegations from Northeastern states on the Citizenship (Amendment) Bill that Congress will oppose the bill in the Rajya Sabha.

“We have met Rahul Gandhi and appraised him about our stand. We have appraised him that this bill violates the basic principles of Assam Accord,” said NESO advisor Samujjal Bhattacharya.

He said that this bill is a threat to the language, culture and identity to the indigenous people of Northeast and Assam.

“We told Rahul Gandhi that this bill has been passed in the Loka Sabha and the Rajya Sabha is on and somehow this bill which dilutes the Assam Accord should be stopped. It will also derail the process of updating the NRC,” said Bhattacharya.

“Rahul assured us that they will not allow anybody to crush the language, culture and identity of the indigenous people of Northeast,” he said.

The NESO on Monday met JDU and TMC leaders in New Delhi. The NESO will also meet Samajwadi Party to support their move against the bill.

Meanwhile, the KMSS members led by Akhil Gogoi and a delegation comprising intellectuals from Assam were also assured by the Congress president that Congress and the UPA allies will oppose the bill in the Rajya Sabha.

Scholar Gohain after meeting the Congress chief said that the discussion was positive and they are convinced at Gandhi’s assurance that the Congress party will oppose the Bill.