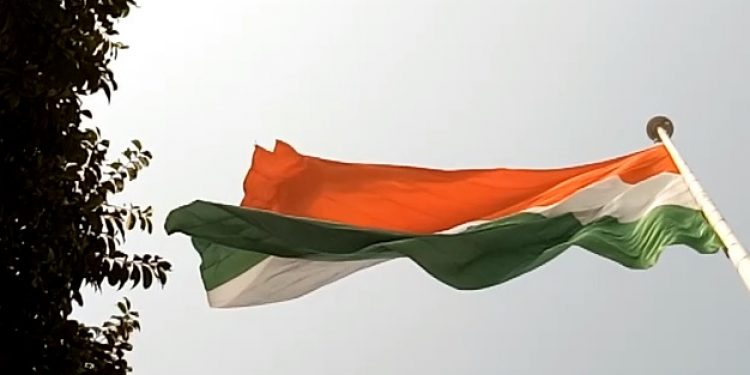 The much hyped tricolour on the third longest flagpole atop Sarania Hills at Gandhi Mandap that adorned the Guwahati skyline may not be hoisted regularly, only on special occasions as it developed a tear.

For the second time in a month, the third-highest flag in the country has developed a tear. The first time people saw the torn apart flag was on November 7.

This is also a major embarrassment to the Assam Government, which hoisted the flagpole at an estimated cost of Rs 2.91 crore.

A top official of Guwahati Smart City Limited said, “It’s a technical snag which we have discussed with the other centres which have the highest flagpoles. We were informed that they too have faced similar problems. So they have stopped to hoist the flag everyday. They only hoist the flag now on important national days.”, reports The News Mill.

The official was tight-lipped on the matter and said that they have yet to decide on the matter. He said, “See, its too early to say that. We haven’t decided on that thing. We have already show-caused the company who has been looking after the flags. We have also asked them to reply in writing so that action can be initiated.”

It begs the question whether spending Rs 2.91 crore public money on the flag was worth it, if it is not going to be hoisted everyday.