Guwahati: Entry gates to come up at LGBI Airport & Khanapara

Assam govt to build state-of-the-art stadium near B Barooah Cancer Institute and iconic bridge at Brahmaputra riverfront; night shelter facilities for the homeless 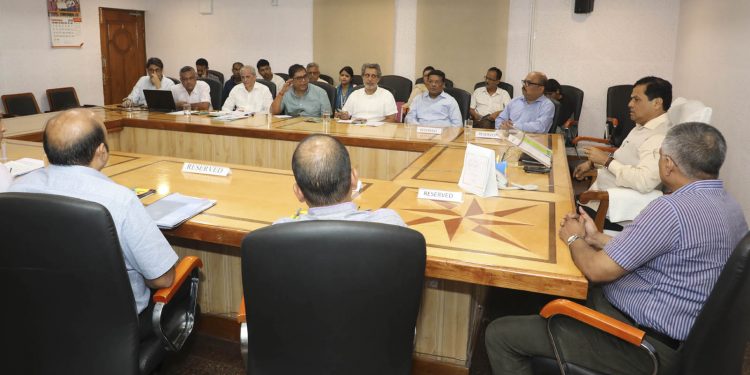 As part of the Smart City project implementation, the Assam government will build big size entry gates at LGBI Airport and Khanapara in Guwahati reflecting the heritage of the State.

The government also decided to build a state-of-the-art stadium near B Barooah Cancer Institute having facilities for indoor and outdoor games as well as an 1.3 km iconic bridge at the Brahmaputra riverfront.

The decisions were taken during a review meeting to discuss the implementation of the Smart City project held under the chairmanship of Chief Minister Sarbananda Sonowal at Janata Bhawan on Thursday.

Chief Minister Sonowal during the meeting directed the officials of Guwahati Development Department (GDD) to carry out a survey to identify the homeless people in the city.

He asked the GDD officials to develop available space on the lower parts of the flyovers as night shelter area for the homeless with proper sanitary toilets and other modern facilities.

Sonowal instructed the officials to arrange double parking facility at the middle part of the flyovers wherever available.

Moreover, decisions were taken for automated traffic signal on the roads in the city.

Chief Minister Sonowal also asked the department to expeditiously earmark the boundary of Deepor Beel so that steps could be taken to make the water body pollution-free.

Further, in view of completion of beautification works at Gandhi Mandap under Smart City project, it was decided to dedicate the same to public on October 2 commemorating the birth anniversary of the ‘Father of the nation’.

While chairing the meeting, Chief Minister Sonowal emphasised on timely and flawless completion of the schemes under Smart City project.

Tata Consultancy, which is entrusted with the responsible for implementation of the Smart City project in Guwahati also made a detail presentation on the present status and proposed schemes under the project.

Minister for GDD Siddhartha Bhattacharya and Chief Secretary Alok Kumar were  were also present in the meeting.