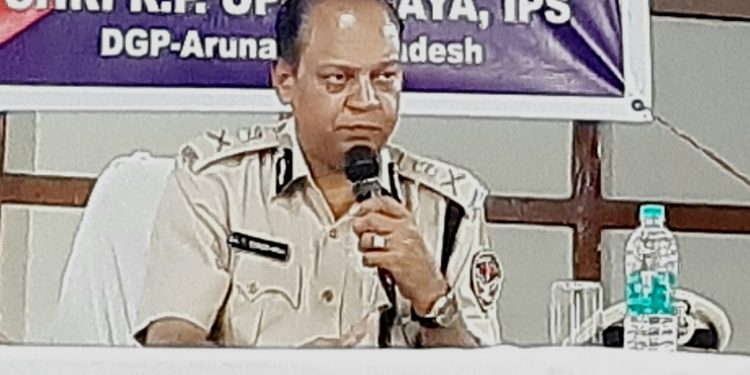 Arunachal Pradesh director general of police (DGP) RP Upadhyaya on Tuesday said the present government led by chief minister Pema Khandu has left no stones unturned to modernize and equip the police department with the top of the class facilities.

Upadhyaya, who was addressing the Sampark Sabha organized by the Lower Subansiri police at the Abotani Hall here, said adequate steps for the welfare of the police personnel have also been taken up with a new vigor and the security personnel in turn, will have to pledge to uphold the sanctity and the dignity of the uniform.

“It is our primary duty to be disciplined. A mistake committed by an individual can harm the reputation and well being of the entire police fraternity,” the DIG said

He also exhorted all to refrain from getting indulged in any bad habits and illegal activities.

The Sampark Sabha discussed in detail issues pertaining to transfer and promotion of the police personnel, prioritizing government accommodations to outsiders, vehicle requirements for the IRBN, other infrastructure requirements etc.

The DGP assured to look into the matters and further assured to take up issues under his preview immediately.

He also awarded commendation certificates with mementos to the selected police personnel for their services rendered to the public.

The DIG on the day also inaugurated the conference hall of the SP’s office and later inaugurated recreational centers at the Ziro police station and SP’s office.

In a separate meeting at SP office he also reviewed the crime scenario of Lower Subansiri.

Later, he inspected the Fire Station at Ziro and assured to look into the requirements of the Fire department.