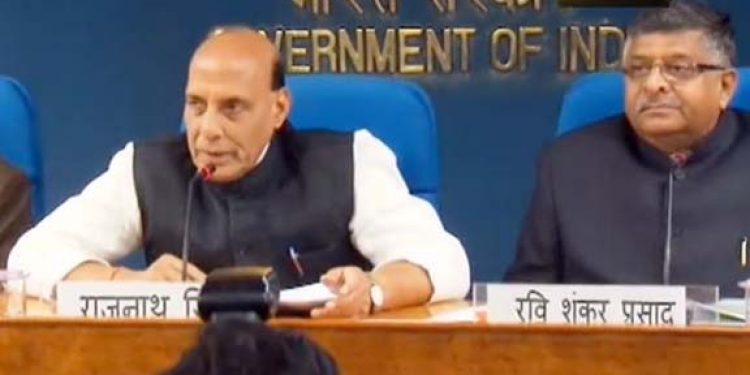 Immediately after the Supreme Court vehemently criticised the Union Home Ministry for its attempt to slow down the NRC update process, Union Home Minister Rajnath Singh said the government is committed to complete the NRC process within the stipulated time.

“This will also ensure that neither any Indian national’s name is excluded nor any foreigner’s name included in the Final NRC,” Singh said in a statement.

The Union Home Minister said that the government led by Prime Minister Narendra Modi has carried forward the NRC process.

After signing of the Assam Accord in 1985, he said, the Central and state governments of Assam have completed the NRC work that remained pending for more than thirty years and took it to the final stage.

The Home Minister added that the complete draft NRC was published on July 30, 2018 and thereafter the claims and objections process has also been completed by December 31, 2018.

Singh said the Home Ministry has made available necessary funds and resources to the State Government so that the NRC work is completed in a time bound and impartial manner. He added that Central Armed Forces in required numbers have been deployed in the State over the last one-and-a-half years to maintain law and order in view of the enormity of the NRC exercise.