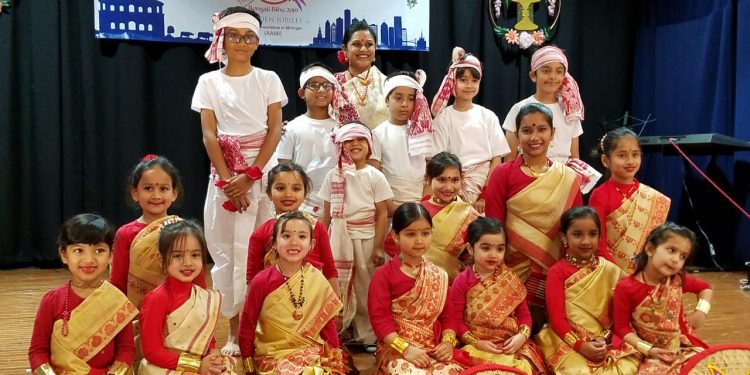 A source said that the Rongali Bihu was organised annually by Assam Association of Michigan.

“The celebration of Rongali Bihu had been started by Debojit Barua in 1969 when he was a PhD student of Wayne State University, Detroit, Michigan and which had been attended by a few friends of his in US and Canada,” the source said.

He further said that the Assam Association of Michigan adopted Bhupen Hazarika’s ‘Manuhe Manuhor Baabe’ as their anthem and also sang ‘O Mur Apunar Desh’. The ladies of the Association also sang a chorus, ‘Srimoy Oxomir’.

The source said that the festivities had begun with children performing a Bihu under their guru Vani Rao and the place resounded with Bihu geet, Borgeet, Rabhageet sung by first generation and second generation Assamese.

Shivani Patel, a young and versatile singer from Canada kept the audience entertained till late in the evening.

An array of pithas and snacks traditionally offered during Bohag Bihu were prepared and relished by all at the colourfully decorated venue, the source further said.