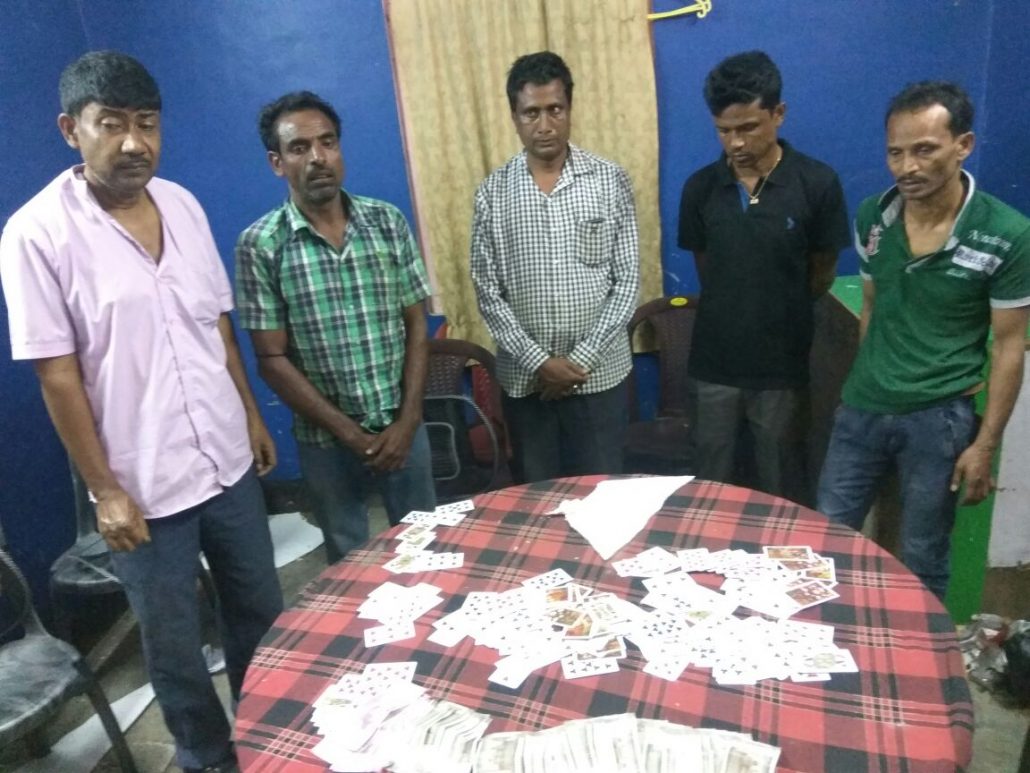 The Mangaldai town in Assam’s Darrang district has lately turned into a gambling den, thanks to some corrupt police officials.

These men in uniform allegedly take bribes from the syndicates and allow such anti-social activities to flourish in nook and corners of the town.

On Wednesday evening, a team of Darrang Police led by Assistant Superintendent of Police (probation) Pradip Meena busted a den of illegal gambling in a residential complex at Ward No 3 of Mangaldai town and nabbed five gamblers.

The accused gamblers are residents of various parts of greater Mangaldai and all of them are associated with fish trading.

Police seized a cash amount of Rs 73,800 along with several packets of playing cards from their possession.

A case under Assam Game and Betting Act has been registered against all five accused.