Four thrashed by mob in Dhubri on suspicion of child-lifting 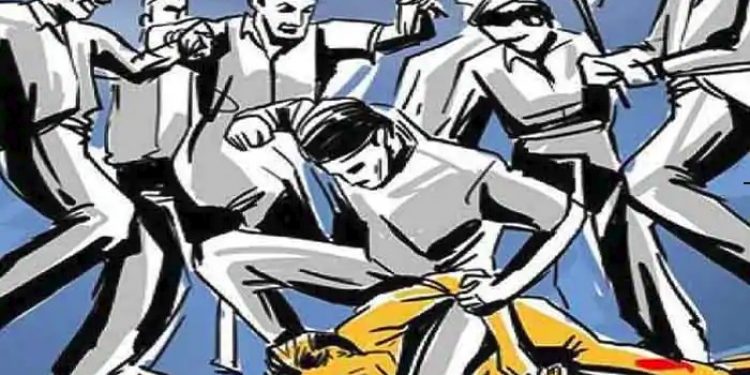 Horror of mob-beating on the suspicion of child-lifting has struck Assam again; this time in Dhubri where four persons were thrashed in two separate incidents in last 48 hours, as per reports.

Police immediately sounded an alarm and appealed to the people not to fall prey to such rumours and take law in their hands.

“The first incident of mob violence in the district happened on Tuesday when two men were beaten up after a rumour of child-lifters roaming in the area went viral on Whatsapp,” informed the police. “A senior police official of Dhubri’s Gauripur district was assaulted by the mob when he tried to rescue the victims,” the police said.

In the second incident, two mentally challenged were threshed by a group of people on Wednesday on suspicion of being child-lifters. “One of the victims is yet to be identified as she is not able to speak,” the police official said.

The police also informed that it seemed likely the mob was targeting people they didn’t know. The police added that it is also a possible that a group of people having vested interest are trying to target the mentally challenged women.

The police are studying the video and trying to find the source of the video.

Last year, in a shocking incident of mob violence and child-lifter rumours going viral on WhatsApp, two youths were mercilessly thrashed and killed by a huge mob in the Karbi Anglong district of Assam.

This was amongst many other incidents of mob-violence related to child-lifting suspicion that have happened in Assam in the course of 1 year. Most of the rumours of child-lifters are shared on WhatsApp that go viral in no time.