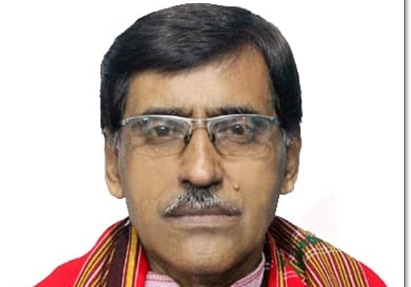 Forward bloc Tripura state secretary Shyamal Roy told at a press conference in Agartala Press Club that the NRC exercise in Assam was a ‘failed and flawed exercise’ that cost Indian taxpayers millions but ended up rendering many Indians stateless.

“My party demands that the Centre drops all plans for extending this ‘useless and divisive exercise’ to other parts of India, including West Bengal and Tripura,” Roy said.

The Bloc’s all India general secretary Debabrata Biswas had earlier said in a statement from Delhi that India could not abdicate its responsibility towards the ‘victims of two Nations Theory’ that caused partition.

He said the Bloc founder Netaji Subhas Bose opposed any division of India and his followers oppose any attempts to divide the Indian people on the basis of caste, creed, language or religion.

“The NRC has excluded nearly 20 lakh people most of them linguistic and religious minorities. It would be crime to render the stateless,” Shyamal Roy, who is in-charge of the party organisation in the Northeast, said.

He said during the appeal process of NRC, the authorities must consider documents like refugee certificate or citizenship certificates issued by other states like West Bengal or Tripura as valid proof of citizenship.

“It would be immoral and illegal not to treat these documents as proof of citizenship. If the Assam government does not have a database with details of refugee certificates, the people who fled East Pakistan in the 1950-60s cannot be made to suffer,” Roy said.

Roy supported the West Bengal Assembly resolution opposing extension of NRC to West Bengal and said his party was opposed to its extension to Tripura.

“We want reinforcement of tribal autonomy in Tripura and economic empowerment of tribals which divisive acts like NRC only help distract from,” Roy said.

“The BJP is only keen to divide the India for cheap electoral politics and that is weakening, not strengthening India,” he added.

West Bengal chief minister Mamata Banerji has dared the BJP and the Centre to try enforce NRC in her state.

“You try touching two citizens in my State with NRC and see the consequences,” she said during an anti-NRC rally in Kolkata on Thursday.