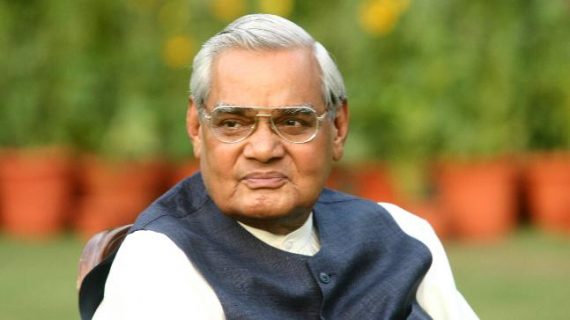 Former Prime Minister Atal Bihari Vajpayee’s ashes would be brought to Tripura for immersion in the state’s major rivers.

Chief Minister Biplab Kumar Deb informed about this on Sunday.

Speaking to media, Deb said, “Atal Bihari Vajpayee was a great leader and his death is an irreplaceable loss for us. I will bring the asthi (ashes) here from Delhi to pay respect to him.”

Deb, who is also president of the Tripura unit of the BJP, said, “Our party has decided to start a kalash yatra (journey with urn) and the ashes will be immersed in the Gomati and Haora rivers and in other major rivers of the state.”

The BJP will launch programmes from the state to booth levels to pay tributes to Vajpayee and spread the message of his life.

Vajpayee died at the All India Institute of Medical Sciences (AIIMS) in New Delhi around 5pm on Thursday, reports The Telegraph.

Deb and BJP leaders of other states visited New Delhi to pay tribute to Vajpayee.