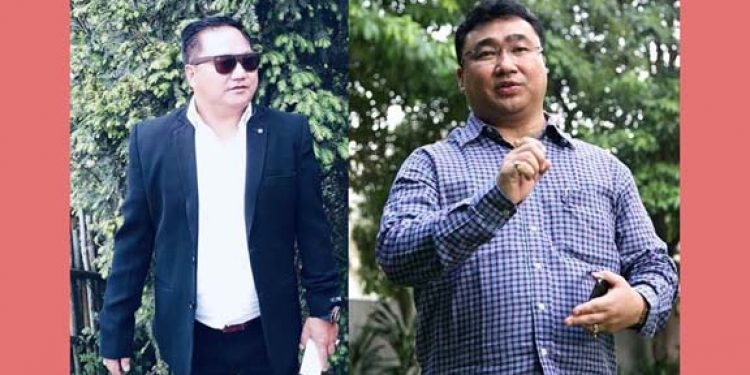 Former ministers of Arunachal Pradesh and senior BJP leaders Atum Welly and Kipa Tatar have resigned from the primary membership of the party claiming that it is not following norms and procedures in selecting candidates for the Assembly polls in the state.

The resignations of the senior political leaders comes precisely a month after former Arunachal Pradesh chief minister Gegong Apang resigned from the primary membership of the party citing his unhappiness about the party’s functioning.

Ruled by a BJP-led coalition at present, Arunachal is likely to have Assembly elections around April or May.

Apang in his resignation letter had alleged that the present day BJP was no longer following the principles of late Atal Bihari Vajpayee and the party is now a platform to seek power and it no longer believed in the values the party was founded for.

Both Welly and Kipa in similar letters to State BJP president Tapir Gao on Thursday said that they were tendering their resignation from both the primary and active memberships of the BJP and from all portfolios assigned to them by the State BJP’s office “because the party had violated the norms and procedures by announcing the MLA candidates in advance and not following the resolution taken in the state executive meeting.”

According to the duo, the BJP in its state executive meeting held at Pasighat recently had decided that every MLA aspirant would be honoured by recommending a minimum three candidates in each constituency.

“However, most of the candidates were announced in advance without taking any recommendation from the grassroots workers or the core group,” they said.

“Even the senior members of the party were not consulted which in turn has hurt their sentiments and also of that of former ministers and MLAs. We cannot further continue in such political party which violates the party norms and procedures and its ideology,” they said.

Responding to a query on whether he would join another party, Welly said he would disclose the same by Saturday afternoon.

“It’s not just me and Tater, but several other former ministers and MLAs would join another party tomorrow,” Welly said without naming a particular party.

If sources are to be believed, the duo would be joining the Congress along with many others on Saturday.

Interestingly, both Welly and Tatar were ministers in the earlier Congress government.