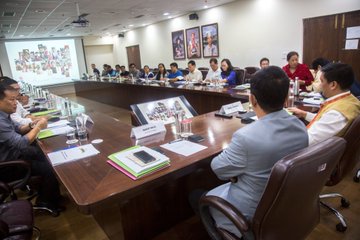 Arunachal Pradesh chief minister Pema Khandu asked the officials to focus on promotion of tourism in the State.

Chairing a review meeting of the department in Itanagar on Wednesday, Khandu also asked the officials not to simply concentrate on construction of new assets.

He said most of the assets under the Tourism department were created without considering their feasibility and through individual-centric schemes, according to reports.

He asked the officials of the department to focus on its core activity, which is promotion of tourism in the state, and leave construction work to the engineering department.

This was stated in an official press statement.

He expressed concern that the department has not been able to substantially increase tourist footfall over the years in spite of the tourism potential of the State.

Regarding assets lying defunct in various places, Khandu advised the tourism department officials to find out whether the assets could be leased out to other departments such as Forest, PWD and PHE.

He sought detailed reports on the feasibility of the projects that are yet to be completed.

The state government would provide funds for the projects to be completed only if the assets could be used profitably, the chief minister said.

The chief minister also said the Centre’s focus is on developing tourism in the Northeast and therefore the number of tourists visiting Arunachal Pradesh is expected to increase drastically in the coming years.

He also called for a change in attitude of the local people towards the tourists.

He also asked the district tourism officers (DTOs) to create awareness among the people on etiquettes and hospitality.