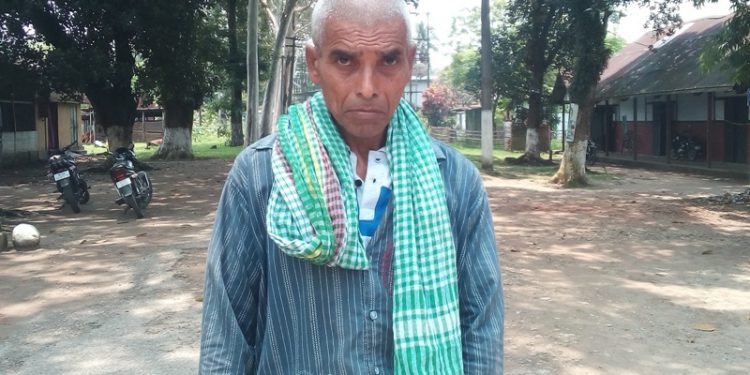 A 55-year-old Bangladeshi national, who was missing for 23 years, has been traced to Tezpur Central Jail by his family members.

The man, identified as Azbhar Peada, is a resident of Khulna division in Bangladesh’s Satkhira district.

He was traced on Sunday by his younger brother Iqubal Peada, 28, at the detention camp in Tezpur Central Jail after years of rigorous search.

“My elder brother Azbhar was mentally unstable and he went missing, when I was a toddler,” Iqubal told reporters here.

“My mother told me that he accidentally crossed over to India from Bangladesh 23 years ago when he was around 32-year-old,” he said.

It was an emotional moment for both the siblings and Iqubal thanked Indian authorities for providing treatment to his elder brother. Azbhar is now mentally fit.

“I want to go to my native place. I am eagerly waiting to meet my mother and other family members,” Azbhar said.

He served his sentence till December 30, 2017 and he was sent to Tezpur Central Jail the following day so that he could be deported to Bangladesh.

Since Azbhar Peada could provide any information about his home due to his mental disabilities, he was kept there.

The authorities of the jail then started treating him for his illness. Azbhar responded to the treatment and became well.

The Superintendent of Tezpur Central Jail, Mrinmay Dawka, said that Azbhar will be allowed to leave the jail next month as soon as the necessary paper works are completed.