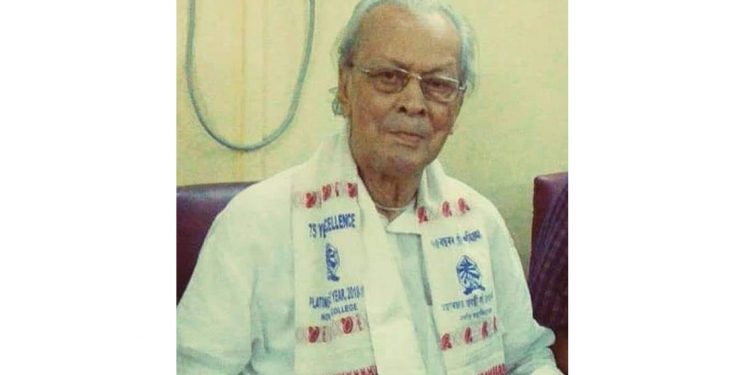 Eminent educationist and the satradhikar of Aadi Alengi Satra of Lakhimpur in Assam Kamal Chandra Goswami departed for his heavenly abode on Tuesday.

The satradhikar who has been suffering from senile illness for a long time passed away at his residence in Khanapara this morning. His age was 96.

He is the late father of eminent writer Manoj Kumar Goswami.

Born at Majuli in 1923, Kamal Chandra Goswami worked as a lecturer of geography in Nowgong College and later retired as the Vice Principal of the college in 1985.

He established the Gopinath Deb Commerce College in Nagaon.

After the news of his death, many well-wishers and relatives of the educationist flocked his residence to pay their last respects to the departed soul.

Family members of the satradhikar said that his dead body will be taken for cremation at 1 pm on Tuesday.