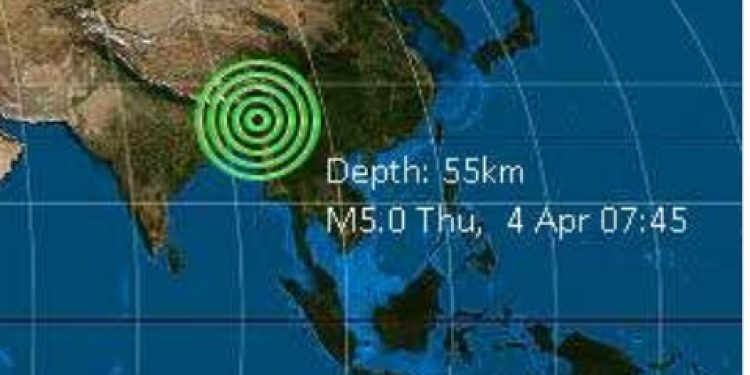 A low intensity earthquake measuring 5.0 on the Richter scale hit parts of Assam and other states of Northeast on Thursday.

No casualties have been reported so far here, police said. The quake stuck 1.15 pm and lasted around 15 to 20 seconds.

The magnitude of the quake was recorded at 5.0 on the Richter scale, sources said.

As per reports, the epicentre of the earthquake was Senapati district in Manipur.

The tremor was felt in Guwahati and its outskirts areas besides Haflong and Silchar in Assam and in parts of Manipur and Nagaland.