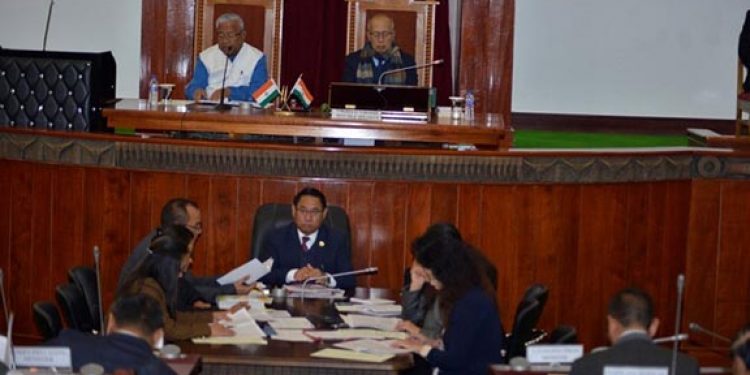 Nagaland Governor P.B. Acharya on Thursday said early resolution of the Naga political issue is the top priority of the state government.

In his address at the third session of the 13th Nagaland Assembly, which began on Thursday at Nagaland Assembly Secretariat in Kohima, Acharya said the Joint Legislators’ Forum was unanimously reconstituted to facilitate in bringing about a solution that is honourable, inclusive, sustainable and acceptable to the people.

“The People’s Democratic Alliance government is committed to facilitate an early resolution for Indo-Naga political issue, through a negotiated agreement, that honours the unique history and rights of the Nagas,” the Governor said.

He acknowledged the efforts made by the Centre for ensuring to move forward to a solution.

On the Citizenship Amendment Bill, 2019, he appreciated the Centre for listening to the voice of the people with regard to the bill, which was opposed and rejected by the Nagaland government, Naga civil societies, tribal Hohos, NGOs and political parties.

He noted that the bill is of serious concern to all sections of the people in view of the threat the illegal migrants pose to the society.

Acharya said a committee was set up to suggest measures to strengthen the system of issue of Inner Line Permit (ILP) in the state as well as to recommend modalities to check influx of illegal migrants.

To tackle corruption and ensure fair play and justice, the Governor said Lokayukta has been appointed for the state.

He said the CM dashboard, which gives real time information about key works of various departments, was awarded by the Indian Express Group as one of the best uses of technological applications. It also won the e-India award for the use of technology in governance, he added.

Acharya said the state government is planning to extend this technology to ensure that all village councils and village development boards have their own websites in the next one year.

He also made a mention that at present all districts in Nagaland have women police stations. “This has ensured that Nagaland remains one of the safest states for women in the country,” he said. The Governor further said Nagaland was also awarded for being the best small state for law and order in the India Today Conclave of States in November 2018.

The Governor said the state government ensured timely release of scholarships to students even though there was delay in release of instalments from the Centre. He said the government has introduced ex-gratia scheme for students who are studying outside the state.