Assam Forest officials on Thursday have claimed to have nabbed the poacher involved in the killing of a rhino at Polokata Tapu in the Sixth Addition of the Kaziranga National Park in Biswanath district on February 11 last.

Later police took the poacher, identified as Noor Haque, into their custody and recovered a sizeable quantity of arms and ammunition from his possession. 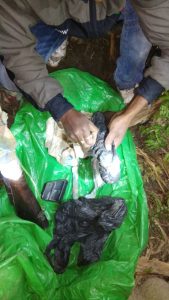 Immediately after his arrest, the team of police and forest officials recovered a silencer fitted 303 rifle and 32 rounds of ammunition from the residence of Noor Haque situated at Silamari, near to the spot where he was nabbed.

Meanwhile, police have begun interrogation to get more details about the coordinated and unabated poaching ijn the famed national park.

According to police, they are tipped off that Noor Haque was hiding at his sister’s place after the incident.

Noor Haque allegedly gunned down a one-horn rhino under Northern Range of the world heritage site Kaziranga National Park under Biswanath Chariali and made good his escape with the horn chopped off. 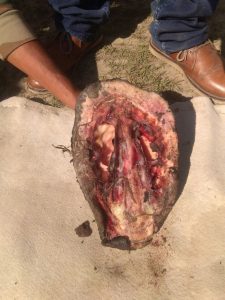 The incident took place at Sitamari tapu, a sandbar island of the Brahmaputra River, south of Baghmari Power Grid Station.