Double railway track from Hojai to Lumding by next month!

Project to cover 44.92 km stretch with seven stations and is expected to cost Rs 398.93 crore 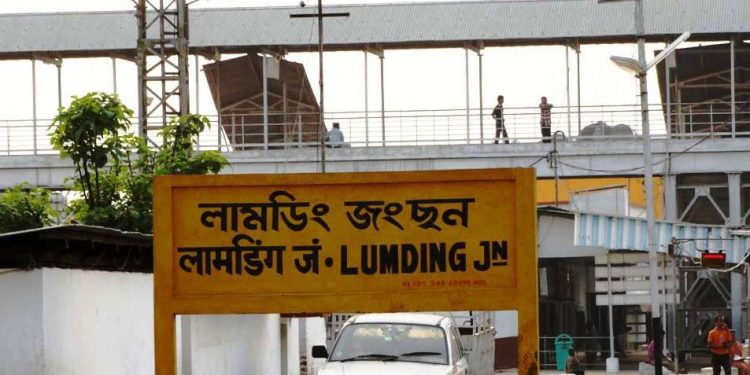 The ongoing construction work of doubling railway track from Hojai to Lumding in Assam is likely to be completed by March 31 next.

The doubling of railway track, which has been a long-standing demand of the people of Assam, will cut down the travelling time and expenses.

It may be mentioned that the foundation stone for the project of doubling the railway line of nearly 45 km, from Hojai to Lumding, was laid on September 12, 2016 by Assam chief minister Sarbananda Sonowal and union minister of state for Railways Rajen Gohain.

The doubling of railway track is one of the several projects being undertaken by the railway authorities to improve railway infrastructure in the northeastern region.

In the last few years, many railway projects have been sanctioned and introduced for the benefits of the locals in various parts of Assam.

According to media reports, the construction work of the double railway track has been going at a fast pace and is almost on the verge of completion.

It is targeted to complete the double railway track by next month.

If completed, people of the area will be able to avail uninterrupted railway service.

The project will cover a stretch of 44.92 km with seven stations and is expected to cost Rs 398.93 crore.

It has been reported that the double railway line from Hojai to Lumding will create additional carrying capacity for the railways and improve punctuality of trains.