With the political war on social media getting brawny every day, it has become essential for the Chief Ministers of the states across India to have highly skilled advisers to cope with the media requirements professionally.

Though young, Sethi finds a special mention in the roll of credits in BJP’s remarkable electoral victory in 2016 in Assam. Using social media tools, his team communicated the BJP’s agenda to Assam’s youth in all its 32 districts. 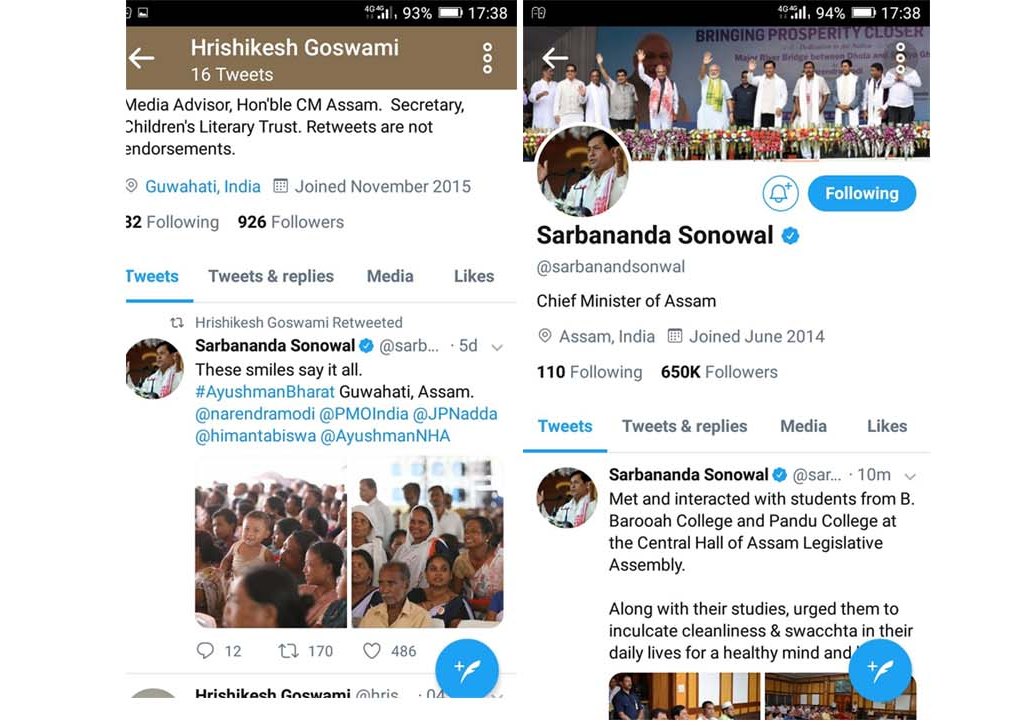 On the other hand, Assam has CM Sarbananda Sonowal’s old friend, Hrishikesh Goswami, as his Media Adviser. Goswami hailed from Howly in Lower Assam, and has limited skills to handle modern-day media requirements.

Goswami is also the Secretary of Children’s Literary Trust of Assam, never worked with any mainstream media organisations. Because of unprofessional approach, Sonowal on Wednesday had to apologise to the journalists for being late at an event by almost two hours.

Almost all the Chief Ministers are now recruiting former journalists, senior media consultants or public policy experts as media advisers. Even Delhi Chief Minister Arvind Kejriwal has found former journalist Nagendar Sharma as his press advisor. Sharma has long experience as a journalist, and had worked with the PTI, BBC and Hindustan Times.

Even the other Chief Ministers of northeast, including Conrad Sangma of Meghalaya and Pema Khandu of Arunachal Pradesh has also started taking services of professionals for better media management.

“Just because the media advisers to the Chief Minister of Assam are not professional, more than 160 busy journalists had to waste more than two hours of their time doing nothing,” a journalist said, adding that a text message about the rescheduling of the programme would have been appreciated.

It has been found that Hrishikesh Goswami and even Rajib Prakash Baruah, the Director of Information and Public Relations are not active on the information superhighway, especially on the Twitter. Though Goswami joined Twitter on November 2015, he has only 16 tweets (including re-tweets) against his account.

While Hrishikesh Goswami is a political appointee, it was expected that as an Assam Civil Service (ACS) officer, Rajib Prakash Baruah should have been slightly professional as the Director of Information and Public Relations.