Decision to withdraw support from Manipur government not changed: NPF 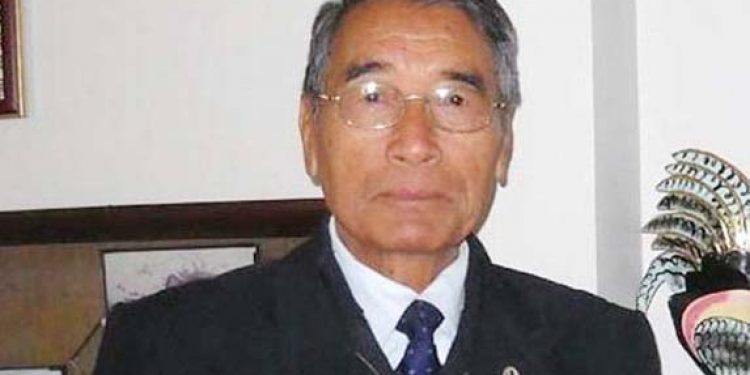 Naga People’s Front (NPF) president Shürhozelie Liezietsu on Sunday asserted that his party’s decision to withdraw support from BJP-led coalition government in Manipur has not changed.

The NPF decided to withdraw support from the Biren Singh government at a meeting with the four NPF legislators of Manipur, party central core group members and some party MLAs from Nagaland at its central office in Kohima on Saturday.

Liezietsu issued the clarification on Sunday in response to the statement of ruling Nationalist Democratic Progressive Party (NDPP) on Saturday.

The NDPP asked, “If they (NPF) want to pull out, why not now? Why after the Lok Sabha results? Who are they trying to fool?”

The party said the statements of the NPF and Opposition leader T.R. Zeliang with regard to their stand on Manipur as “a sign of directionless leadership.”

Liezietsu admitted that the four NPF MLAs have been supporting the BJP-led government in Manipur even after the party parted ways with the BJP in Nagaland.

He accused the BJP of trying to dictate the NPF after the former came to power at the Centre in 2014 even though both the parties were in alliance for many years.

Liezietsu said the NDPP leaders should understand that they are running the government in Nagaland, but they appeared to be concentrating more on destroying the NPF rather than delivering good works to the Nagas as a government.

He alleged that the NDPP leaders attack the NPF everyday without provocation branding the party as liar, visionless, disgraceful, confused and saying that the NPF leaders had gone into oblivion.

“Condemning the political opponent every day is never an achievement of a welfare government,” the NPF chief said.

In another release issued by its press bureau on Sunday, the NPF ridiculed the NDPP for allegedly meddling and commenting on anything and everything which is not at all of concern to it or the People’s Democratic Alliance government in Nagaland, calling it “child-like attitude”.

“However, the hiccups of the NDPP’s indicate a sure sign of confusion and mistrust that runs deep in their party set up and also with their coalition partners,” the NPF said.

The release said the decision taken by the NPF party, along with the four party MLAs of Manipur, on Saturday is solely to do with the party and added it is the party’s prerogative to take decisions which are best for the party whether it is in Nagaland, Arunachal Pradesh or Manipur.

The release asked why the NDPP is fretting over the decision of the NPF party on Manipur when it has no presence in the state and the BJP is not in alliance with the NPF in Nagaland.

The NPF advised the NDPP party to stop instigating it to bring down the BJP-led government in Manipur.

“The NPF party will take decisions and act on its own as and when the party needed to for the betterment and welfare of the party,” the release said.

“The sly act of the NDPP to provoke the NPF so as to see the BJP-led government in Manipur collapse is nothing new and surprising,” the release added.