Fans will have to accept the new normal of sporting activities happening behind closed doors: Rijiju 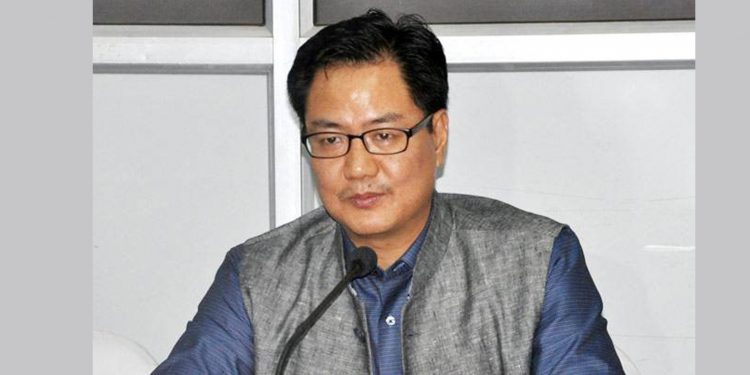 India will not host any international event in the near future, said Union sports minister Kiren Rijiju on Saturday.

Union minister Rijiju said the fans will have to accept the new normal of sporting activities happening behind closed doors in the coming months.

Rijiju’s statement comes as India has recorded 1.25 lakh COVID19 positive cases with 3,720 deaths so far while globally, the deadly disease has affected over 5.10 million people from 215 countries and claimed the lives of over 3.33 lakh people.

A media report quoted Rijiju as saying: “We have been working for quite some time now to resume sporting activities but before that we have to think about practice and training.”

“We are not going to have a tournament kind of situation immediately,” he said.

The Union minister also said: “We have to learn to live with the situation where sporting events will have to be carried forward without spectators in stadiums and sports venues.”

However, he said it is “difficult to confirm dates but I am sure we will have some kind of sporting events this year”.

The Union minister’s statement bears significant as the BCCI recently said it will not push for the T20 World Cup in Australia to be postponed but would consider staging the IPL in the October-November slot if it becomes available.

This year’s IPL, which is worth almost $530 million to the BCCI, has been postponed for an indefinite period due to the COVID19 pandemic while the World Cup, which is scheduled to begin on October 18, is also in a state of uncertainty.

Regarding the 13th edition of IPL, Rijiju said it is the government’s prerogative to take a call on conducting any tournament in the country.

Rijiju said, “We cannot put health at risk just because we want to have a sporting event.”

He made it clear that now the focus of the government is on fighting COVID19.

Rijiju said health and safety are their top priorities.