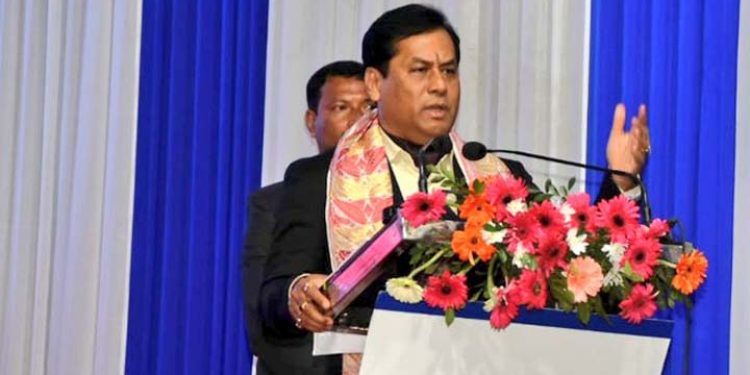 Sonowal on Wednesday reviewed the functioning of agriculture department at the Brahmaputra State Guest House in Guwahati.

He also stressed on the need to create awareness about the Pradhan Mantri Krishi Sinchai Yojana (PMKSY).

During the review meeting, the Assam CM instructed the top officials of the agriculture department to swiftly implement the PMKSY so that more and more farmers can be covered under the scheme.

During the meeting, the chief minister was apprised by the officials of the department that 5 lakh farmers would be covered by Pradhan Mantri Fasal Bima Yojana in the state this year.

The chief minister said that many farmers were engaged in the production of betel nut and banana in the state and he directed the department officials to cover these farmers under the Pradhan Mantri Fasal Bima Yojana.

Discussions were also held about Pradhan Mantri Krishi Sanman Nidhi and the officials informed that a total of Rs 235.26 crore had already been provided to the farmers in the state under the scheme.

The chief minister said Rashtriya Krishi Vikash Yojana must be implemented in an extended manner so that more farmers could benefit from it to increase production through adoption of latest technology.