Constituency Watch: Will Rijiju be able to overcome anti-incumbency factor? 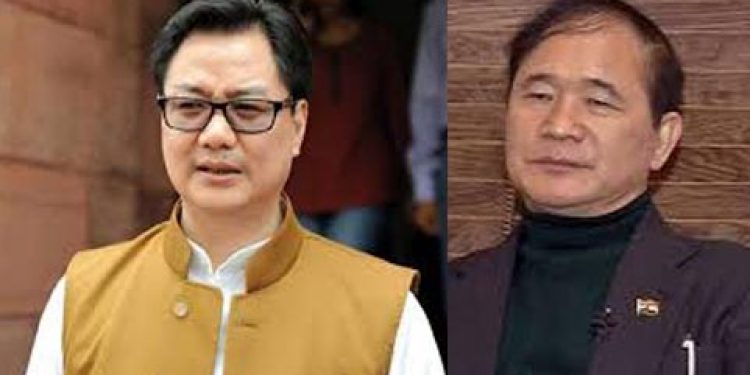 Arunachal Pradesh will witness both Lok Sabha and Assembly polls simultaneously on April 11, 2019.

Two-time chief minister Nabam Tuki has been fielded by the Indian National Congress (INC) to contest in both the Lok Sabha and Assembly polls.

He will contest the Assembly polls from the Sagalee Assembly constituency.

Rinching Khandu Khrime was the first MP to be elected to the (6th) Lok Sabha after winning the parliamentary polls in 1977 on Congress ticket.

After his tenure, the seat never went to any party or Independent candidate.

In 1996 Lok Sabha polls, the voters of the Arunachal West constituency chose none from any political party and voted Tomo Riba, an Independent candidate, to power.

In 1998, it was regional party Arunachal Congress’ Omak Apang, son of ex-chief minister Gegong Apang, who won the polls and became a union minister during AB Vajpayee’s regime.

In 1999, the seat went to INC leader and ex-CM Jarbom Gamlin.

Taking advantage of the anti-incumbency factor, young politician Kiren Rijiju won the seat in 2004 Lok Sabha polls at the age of 33.

However, he lost to Takam Sanjoy, current Arunachal Pradesh Congress Committee (APCC) president Takam Sanjoy in 2009 parliamentary polls by a margin of 1,314 votes.

But Rijiju, a well-known orator, who has travelled a lot across the world, was able to make a comeback in 2014.

Apart from Rijiju and Tuki, the Janata Dal (Secular) has fielded Jarjum Ete, who served as the general secretary of the All India Congress Committee (AICC).

Ete, who was an aspirant of a Congress ticket for Arunachal West seat, resigned as a member of the INC after being denied a party ticket and later joined the JD(S).

As per the latest information, Arunachal West parliamentary constituency has: