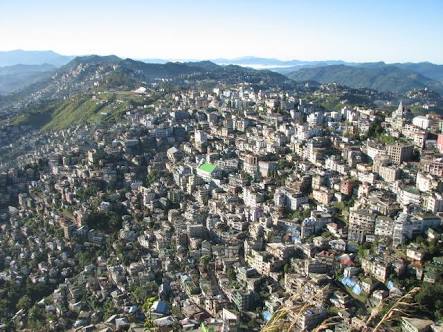 Aizawl city at a glance

The Congress leader alleged that Zoramthanga’s government is misusing power to make money.

Addressing a political session at Congress Bhavan in Aizawl on Friday, Rosiamngheta, said, “The State Government has only misused the municipal corporation to make money for their personal interest or favouring local councils led by the Mizo National Front (MNF), itself.”

Blaming, AMC Mayor P C Lalhmingthanga, for allegedly ignoring development works, Congress Councillor, Rosiamngheta, said, “Mayor Lalhmingthanga betrayed the people of Aizawl city as he did not take any major steps to make an all-round development of the city.”

Rosiamngheta added, “Aizawl Municipal Corporation rejected his proposal to train a few selected groups of residents in all localities of Aizawl for producing paper bags in order to avoid inconveniences after the banning plastic bags.”

AMC has banned the single used plastic bags and any plastic products of more than 50 micron from 1st August, last, in order to make Aizawl a plastic free city.

It may be mentioned here that the general election to AMC was held in November 2015, in which, the MNF won 11 out of the total 19 seats.

The Congress and the Mizoram People’s Conference (MPC) combine, which contested all the seats, won just eight seats, while the Zoram Nationalist Party (ZNP) and the BJP, which contested 16 of those seats each, could not open their account.

The Aizawl Municipal Corporation was first formed in 2010 with 19 members when the Congress-ZNP party coalition was voted to power in the state legislative assembly and is being administered by a mayor, deputy mayor and commissioners of the 19 wards of the city.