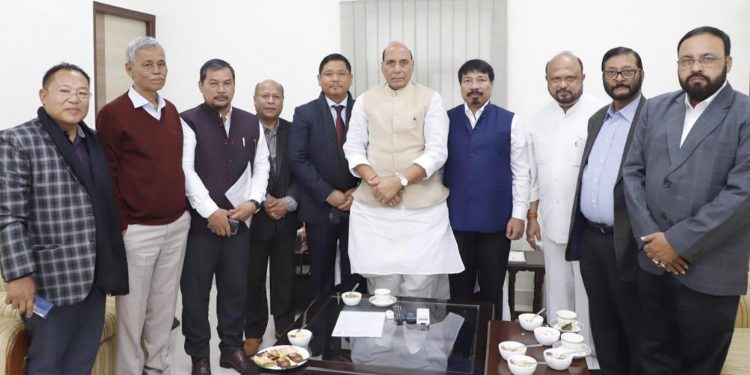 In a significant development, union home minister Rajnath Singh on Sunday told a delegation of Northeast political leaders that he would discuss the draft law (Citizenship Amendment Bill) with other political parties and civil society organisations.

“The Home Minister told us that he would discuss the draft law with other political parties and civil society organisations. I think it is a very positive indication and now everything will move forward only after detailed consultations with everyone,” said Meghalaya chief minister Conrad Sangma.

Sunday’s development could definitely give a relief to the agitators protesting against the controversial Bill.

“At the meeting, we expressed the concerns of the people of the Northeast, and got a very, very positive response from the home minister,” Sangma said.

The chief minister along with other leaders from different political parties from Northeast called on Rajnath Singh at his residence and reiterated their objection over the Citizenship Bill.

Quoting the home minister Singh, Sangma said that he (Home Minister) mentioned that he is taking the sentiments of the people of the North East into consideration.

The Meghalaya chief minister said that he was hopeful about the efforts against the bill bearing fruit.

“We will try our best to ensure that the government does not go ahead with this bill, and our opposition and our work will continue,” said Sangma.

AGP leaders Atul Bora, Birendra Prasad Baisya among others were present in the meeting that took place in the morning.