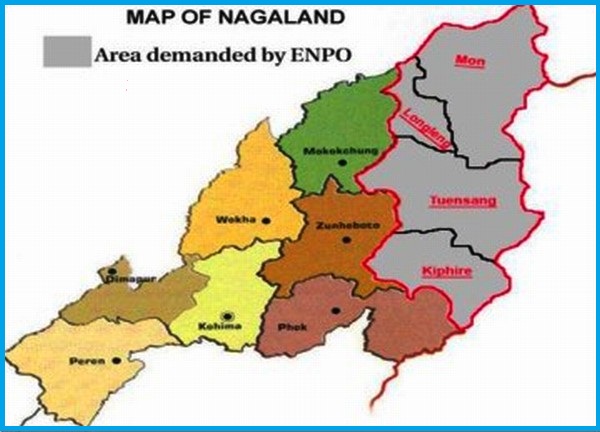 The Union Ministry of Home Affairs (MHA) has agreed to discuss the demands of the Eastern Nagaland People’s Organization (ENPO), an apex body of six Naga tribes, asking for a separate state under the Constitution.

A tripartite dialogue was held between the ENPO, Nagaland Government and MHA under the chairmanship of special secretary (internal security) last month.

A report in The Indian Express quoting former ENPO president Khoiwang Konyak stated that ENPO demands and political issues are different from other Naga groups, including NSCN-IM, and are primarily concerned with six tribes namely Chang, Konyak, Khiamniungan, Phom, Sangtam and Yimchunger.

In September, the ENPO rejected the Centre’s development package, cleared by the MHA, saying that it cannot be accepted in lieu of the demand for ‘Frontier Nagaland’.

ENPO recently held three rounds of bilateral discussions with the State Government while multiple rounds of talks have been held between the Centre, State and ENPO.

The Eastern Nagaland People’s Organization has been demanding the creation of a separate state comprising the four eastern districts of Tuensang, Mon, Longleng and Kiphire for over a decade now.

The organization had first submitted a memorandum to the then Prime Minister Manmohan Singh on November 25, 2010 which was referred by the Centre to the State Government for its views.

Officials familiar with the development at MHA said that the demand for a separate state may not be feasible but the government may consider giving them autonomous council authority, comprising the four eastern districts of Nagaland.

MHA officials said that Eastern Nagaland People’s Organization during the tripartite meeting cited provisions of Article 371-A (2) of the Constitution to stress that the eastern districts have a historical background, are comparatively less developed and required immediate attention.