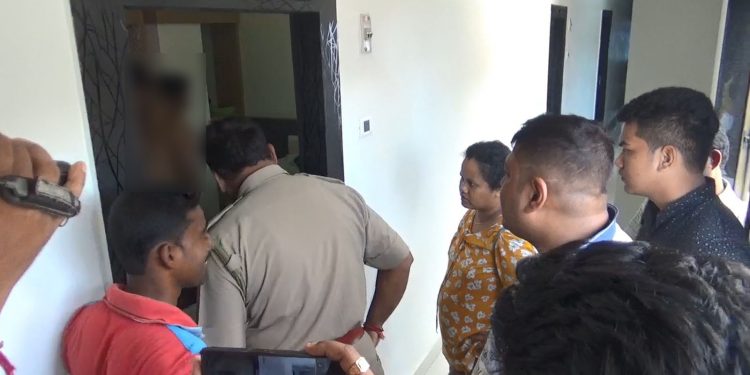 One Assam-based businessman was found dead in a hotel at Kaman Chowmuhani of Agartala on Saturday.

The deceased has been identified as Kamal Saha.

Police of East Agartala Police Station said the body of Kamal Saha was recovered from a hotel – Rupar-Tori – located at Kaman Chowmuhani.

Police informed that Kamal Saha was a resident of Paltan Bazar in Guwahati.

“His father’s name is still unknown but it has come to light that his residence falls under Paltan Bazar Police Station of Assam,” said police.

Police suspect it to be a case of suicide as the body was found hanging in room No 205 of the hotel.

Since the last one-and-half months, he had been staying in that hotel, said police.

The hotel owner said, “On Friday night after having food, Kamal Saha had attended a phone call from his home and went to his room No 205.”

“He was last seen at 11 pm. When the housekeeper rang the bell of his room, Kamal Saha did not open the door,” said the hotel owner.

“When the door remained closed from inside even after a few hours, the hotel employees became curious. Then the door had to be broken and his body was found hanging in the room,” he added.

Police have sent the body of the deceased for conducting post-mortem.